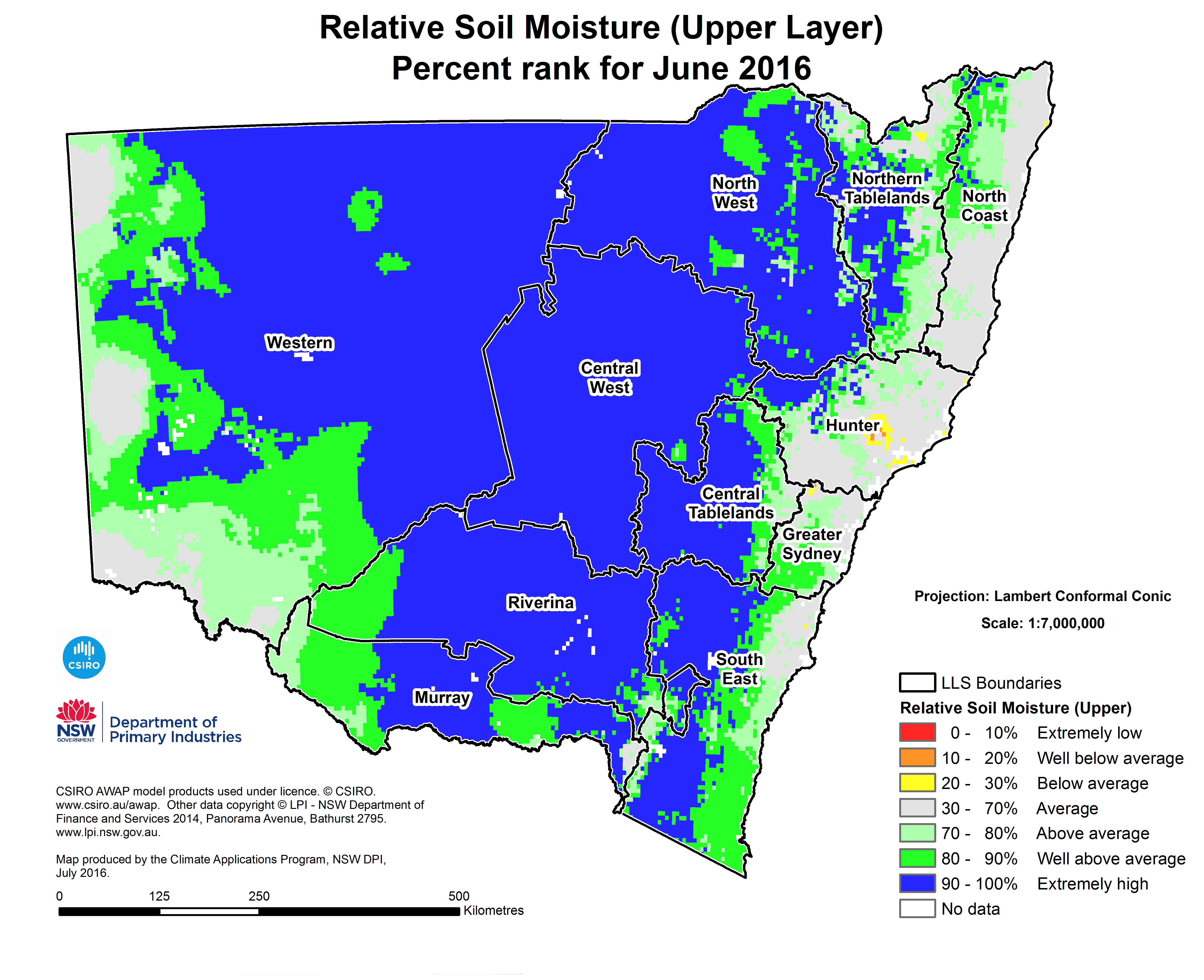 The state’s seasonal conditions have noticeably improved with some areas receiving the wettest June on record.

“Most of the state received rainfall of more than 200 per cent of average for the month of June, with the majority of the south, central west, north west, upper Hunter Valley and tablelands receiving between 50-200 mm,” Mr McGowen said.

“A number of areas in central NSW, experienced their wettest June on record. These areas received more than 400 per cent of their average rainfall. It was also pleasing to see that areas of the west received up to 100 mm, however some of the far west received 10-25 mm or less.

“Pasture growth slowed due to the cool, wet and cloudy conditions, though particular improvements occurred across the coast, areas of the north west, central west and the northern tablelands.

“Relative to historical records, June pasture growth was well above average across most of the far west, central west and southern NSW.”

Mr McGowen said during June the wet conditions boosted topsoil moisture to high levels across most of NSW.

“The constant rainfall on saturated soils has resulted in sufficient run off to replenish farm storages in many areas; however, the conditions are now taking a toll on crops and pastures.

“The early sown winter crops are still performing well, but later sown crops have been affected by waterlogging in low lying areas, as well as seed bursting following more rainfall just after sowing.

“Unfortunately, the conditions have been too wet for re-sowing. They have also restricted farmers from undertaking necessary topdressing, weed and insect control activities.

“Stock condition remains generally good, although nutritional problems have been occurring. Supplementary feeding has remained necessary due to the cold, wet conditions and the high moisture content of dual purpose crops and pastures.”

The Bureau of Meteorology’s rainfall outlook for July to September indicates that wetter than normal conditions are likely across NSW.

A strong negative Indian Ocean Dipole event is occurring in the Indian Ocean, which means there is a greater likelihood of above average rainfall and cooler daytime temperatures across south-eastern Australia during winter and spring.