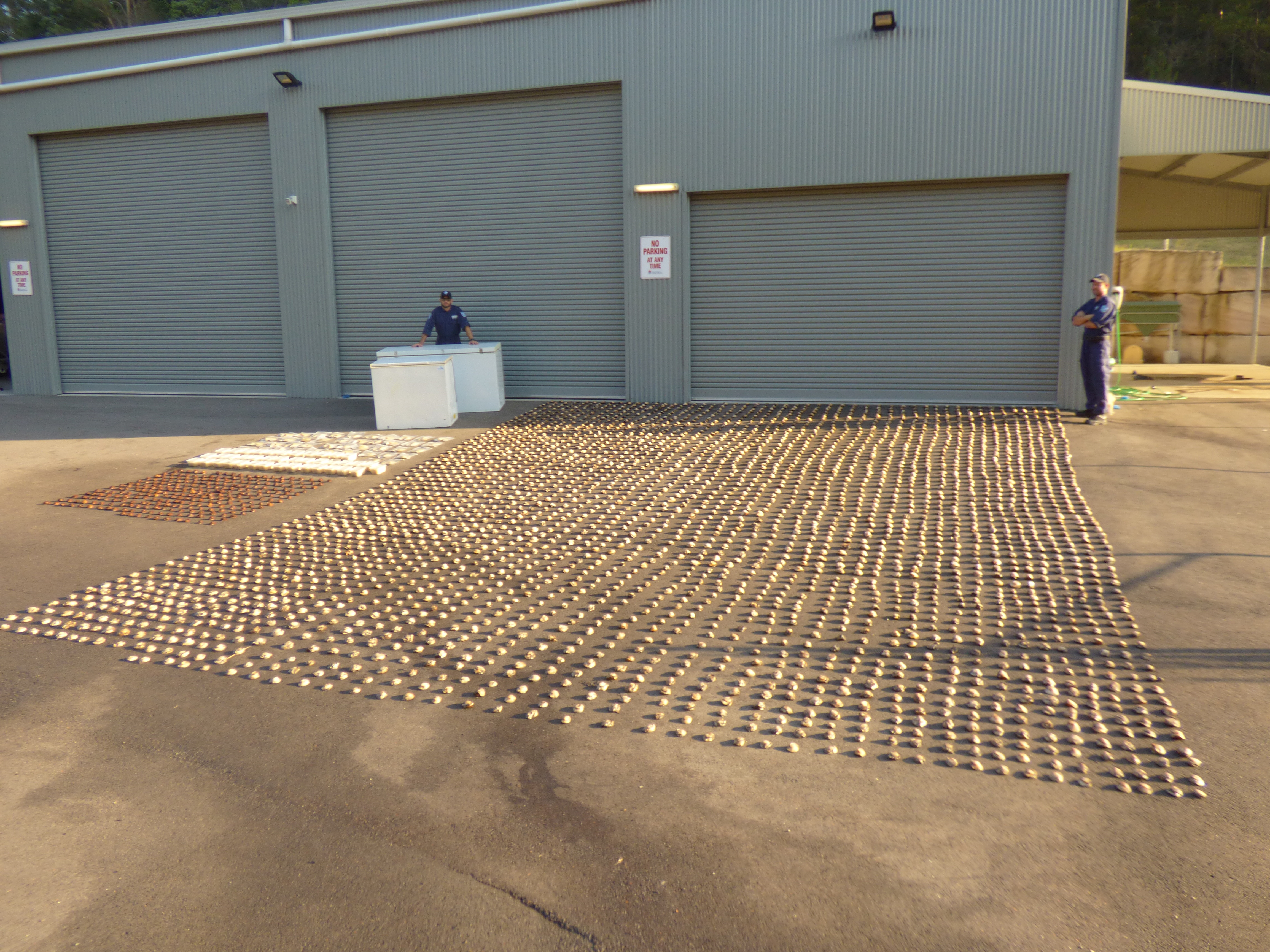 A surveillance operation led by Department of Primary Industries (DPI) Fisheries officers has resulted in the seizure of more than 3,300 illegal abalone and shark fin in Western Sydney, which was the biggest seizure of abalone in more than two decades.

Operation Symmetry, a joint operation between DPI and NSW Police, investigated the illegal trafficking of commercial quantities of abalone from the NSW South Coast to unlicensed Sydney-based abalone receivers.

DPI Director of Fisheries Compliance, Patrick Tully, said abalone is listed as a priority species and indictable species under the Fisheries Management Act.

“Following an extended and targeted surveillance operation by fisheries officers from the Statewide Operations and Investigations Group, a 59-year-old man from Mogo NSW was intercepted in the western Sydney suburb of Berala,” Mr Tully said.

“It will be alleged the man delivered a consignment of illicit abalone to a residence in Berala.

“Shortly after leaving the house, the man’s vehicle was intercepted with the assistance of NSW Police where 439 abalone in the vehicle were seized along with documentation allegedly relating to abalone trafficking.

“The man’s vehicle was seized and he was arrested and taken to Auburn Police Station.”

Fisheries officers also located and seized 40 kilograms of shark fin. Investigations are continuing into this.

“A 62-year-old man, who is also the owner of a Western Sydney seafood restaurant, will face a range of charges including trafficking in fish which carries a maximum penalty of 10 years imprisonment,” Mr Tully said.

“Fisheries officers also conducted a raid of the associated seafood restaurant in Western Sydney and seized a further quantity of abalone.”

It will be alleged that 645 of the seized abalone were prohibited size. Both men are expected to face court in the near future.

"We have a strong relationship with NSW DPI Fisheries officers fisheries and will continue to work closely with them as a partner agency to detect the trafficking and illegal sale of abalone, in particular,” Det Supt Hutchings said.

"Anyone with information that could assist police regarding their investigations into these incidents is urged to contact Crime Stoppers on 1800 333 000.”

DPI Director of Fisheries Compliance, Patrick Tully, said apart from a maximum of 10 years gaol individuals convicted of trafficking abalone can also receive a fine up to 10 times the market value of the abalone.

“If you are offered to purchase cheap abalone or from an unlicensed commercial fisher you could be involved in the trafficking of illegal abalone.

“The quality, handling and hygiene of illegal abalone is unsafe and doesn’t follow the strict guidelines in place by NSW Food Authority for seafood, so not only could you get a criminal record and face large fines, but you could become very sick from eating it.

“The only way to guarantee the quality of abalone, is to buy it from a reputable seafood retailer.”