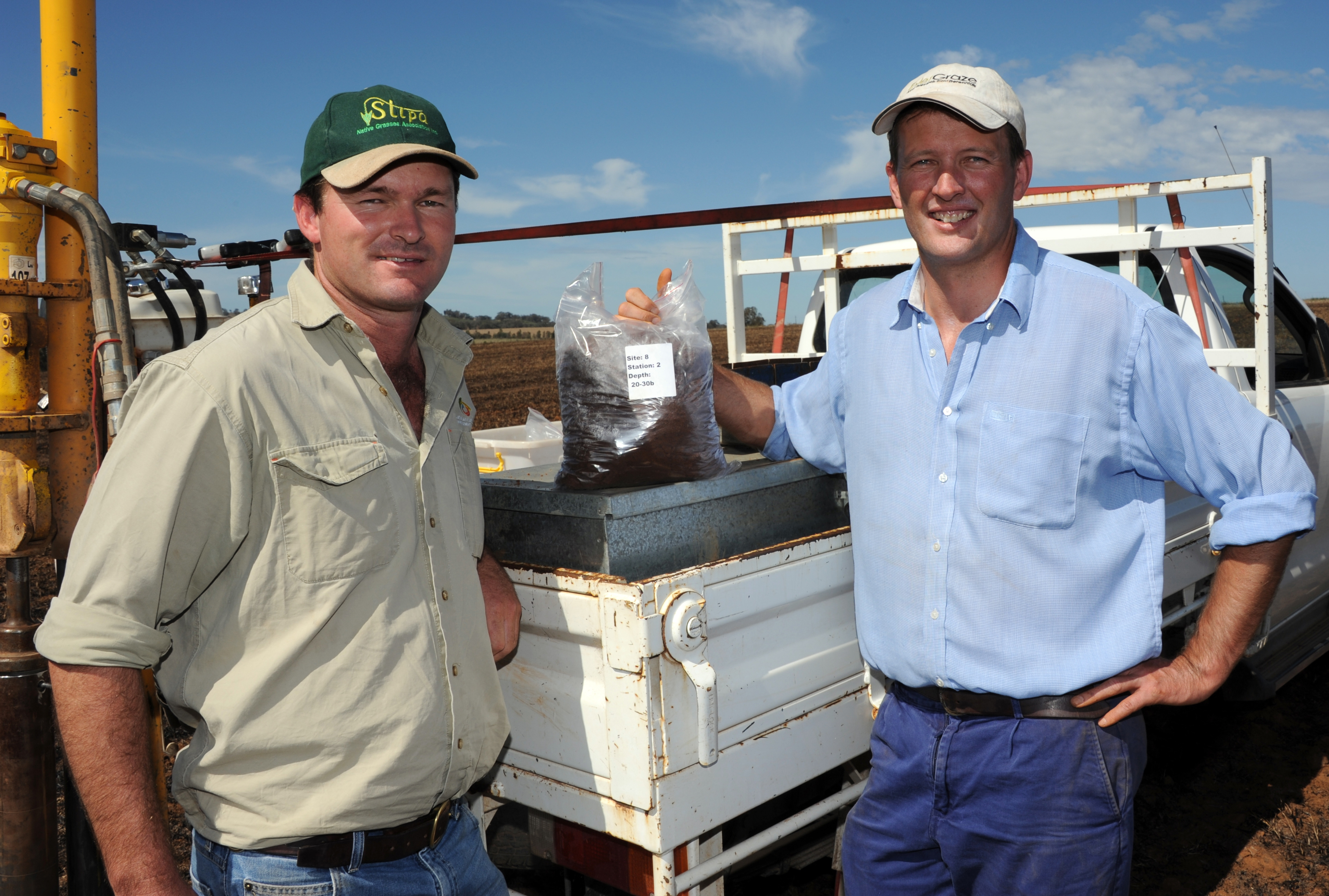 Central West farmers have this month received their final cheques from Australia’s first soil carbon sequestration pilot project to explore the use of a market-based scheme.

“The Catchment Action Market Based Instrument (CAMBI) project delivered an average of 2.66 tonnes of carbon (CO2-e) per hectare, per year across the project area,” Dr Crean said.

“In exploring soil carbon as a sink for the mitigation of climate change and as part of Australia’s greenhouse response, CAMBI sequestered 9951 tonnes of CO2-e.

“Initiated in 2009, a team of policymakers, economists and scientists asked a key question - Could we implement a soil carbon trading system, if government implemented this as policy?

“CAMBI confirmed that in the right conditions landholders can achieve a substantial rate of soil carbon sequestration.”

CAMBI was delivered by NSW DPI, the Office of Environment and Heritage and the former Lachlan Catchment Management Authority, now Local Land Services, with support from Catchment Action NSW.

A total of 26 bids were submitted by landholders in the Lachlan River catchment to sequester soil carbon and 10 landholders were contracted through the pilot.

“A lot of interest stemmed from farmers managing their own enterprises and seeing results firsthand,” Mr Trengove said.

CAMBI examined the relationship between land use, management practices and soil carbon levels and offered alternative contract designs to suit farmers. Results revealed a clear preference for outcome-based contracts, where payments are made for the amount of soil carbon stored, rather than action-based contracts paying for the adoption of specific practices.

CAMBI successfully demonstrated how a multidisciplinary team could work with landholders to effectively explore the application of potential policy options.