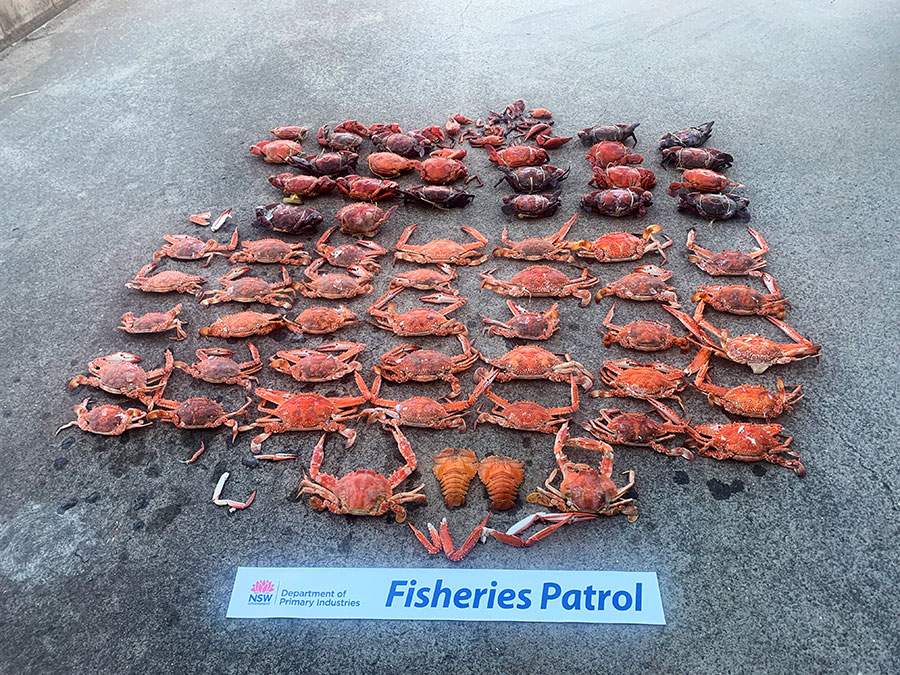 Fisheries officers from the NSW Department of Primary Industries (NSWDPI) have continued to put the blowtorch on illegal crab fishing and black-market sales.

“Fisheries officers inspected a restaurant in South West Rocks on May 28 and seized a large number of crustaceans, as the owner could not provide documentation to show the product had been purchased through legal sources,” Mr Andrew said.

“A South West Rocks man has also been interviewed by fisheries officers for his alleged involvement in taking the crustaceans for sale when unlicensed, and subsequently supplying these to the restaurant.”

Only licensed commercial fishers are permitted to take fish for sale in NSW.

“Any activity that could potentially undermine legitimate commercial fishing and compromise the strict quota system is concerning. The alleged offenders can expect to receive court attendance notice where they could face a maximum penalty of $110,000 if convicted,” Mr Andrew said.

Commercial fishing industry participants are also reminded of their regulatory obligations to ensure their catches are taken legally. The warning follows the guilty verdict of a commercial fisher from Port Stephens, who faced Raymond Terrace Court in June for illegally using traps to take mud crabs.

“The commercial fisher was under surveillance by fisheries officers and observed using a grapple to retrieve five unmarked crab traps from Tilligerry Creek,” Mr Andrew said.

“The court found the commercial fisher guilty of unlawfully using traps for taking fish for sale and fined him $750. The court also ordered that he pay the Department’s professional costs of $1,450.”

Fisheries officers have seized 3,474 illegally used crab traps over the past three years with 1,103 of those seized last financial year alone.

“We’ll continue to sustain this effort against illegal crab fishing to protect the resource and ensure it’s shared sustainably between legitimate users groups. The community is increasingly rejecting all forms of illegal fishing and we thank them for their ongoing support,” Mr Andrew said.

If anyone suspects illegal fishing in NSW, they should report it to the Fishers Watch phone line on 1800 043 536 or via the online Report Illegal Activity Form.