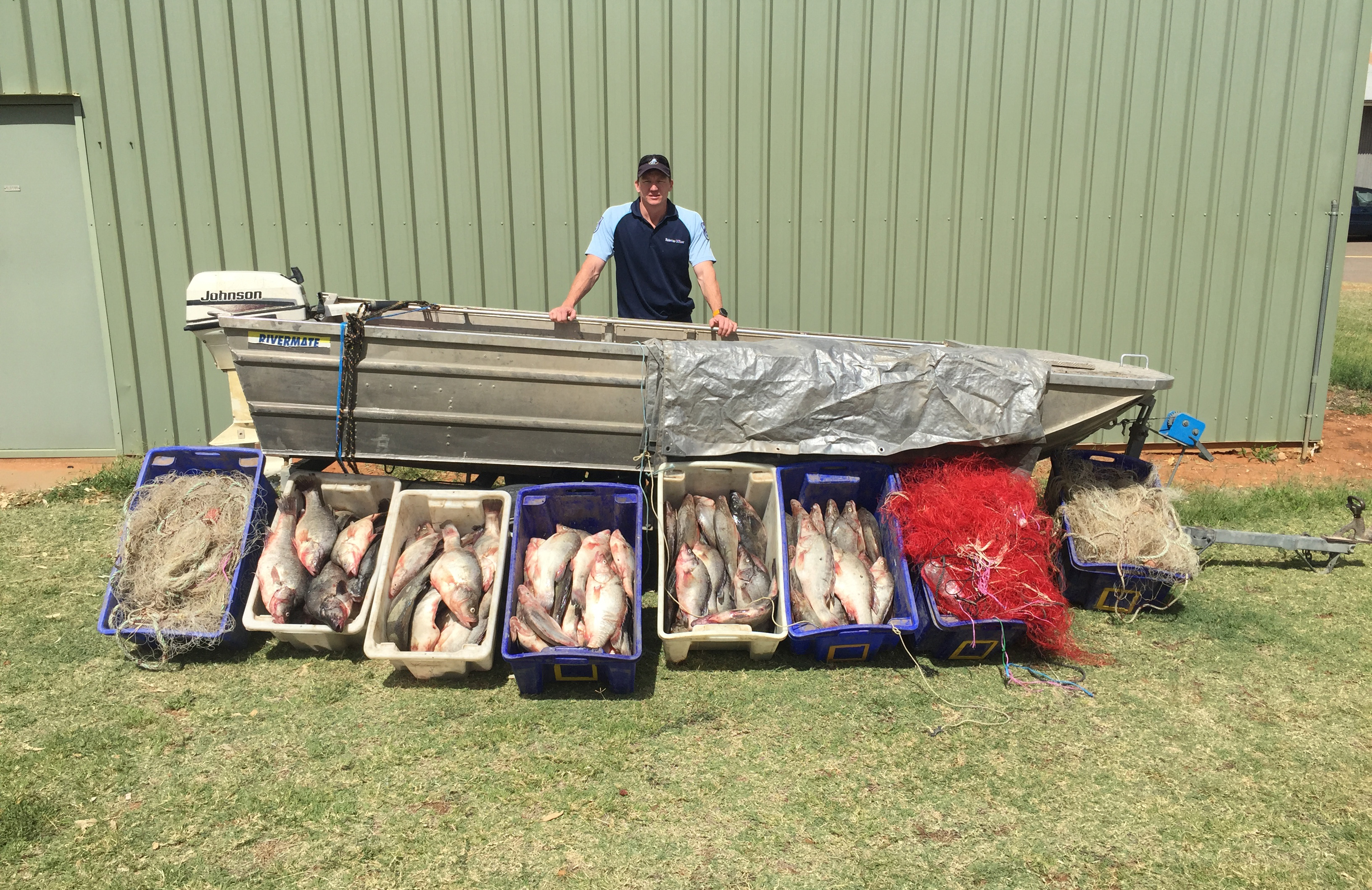 A 36-year-old Pomona man has been hit with $15,000 in fines after pleading guilty to seven fisheries offences in the Wentworth Local Court earlier this month.

The man was charged after NSW Department of Primary Industries (DPI) Fisheries officers caught him using gill nets to take fish in the lower Darling River near Pomona on 13 March 2019.

Immediately following the apprehension, a search warrant was executed at the man’s address where DPI Fisheries officers seized a further 101 golden perch from a cool room.

Acting Director DPI Fisheries Compliance, Brett Andrew said the man was convicted of all charges, fined a total of $12,000 and ordered to pay $3000 in costs.

“The man’s boat, motor and trailer used in the offences were also confiscated by the court.

"Our fisheries officers work hard to protect our native fish stocks, and this should send a message that exploiting this valuable resource for personal gain will not be tolerated.”

The interstate undercover operation was established to investigate the unlawful taking of Golden Perch from NSW and their subsequent sale in Victoria under the guise of having been taken lawfully from South Australian waters.

Victorian authorities continue to investigate the alleged unlawful sale of a further 12 tonnes of golden perch since July 2017.

Commercial fishing for native freshwater finfish, which includes Golden Perch, was phased out from NSW waters in 2001.

If anyone suspects illegal taking or selling native freshwater finfish in NSW, they should report it to the Fishers Watch phone line on 1800 043 536 or via the online Report Illegal Activity Form.