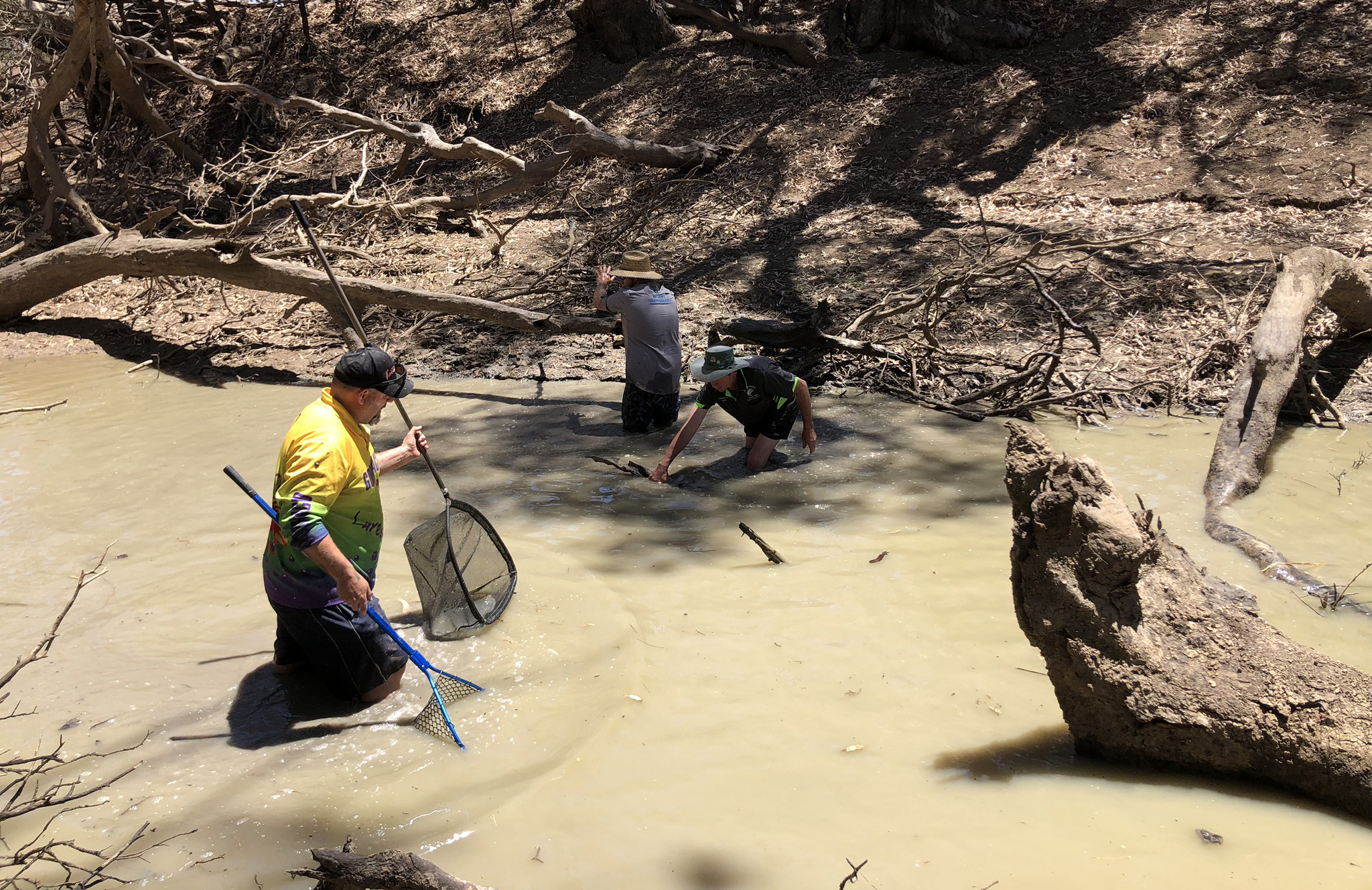 As summer fast approaches, the NSW Government remains committed to rescuing as many native fish as possible from drying waterholes, relocating hundreds of fish from the Macquarie River near Warren in north-west NSW.

Minister for Agriculture Adam Marshall hailed the extensive rescue operation a success, with more than 220 large-bodied native fish such as Murray Cod and Golden Perch saved.

“This is a fantastic result with more than 20 Murray Cod and 60 Golden Perch moved to hatcheries and other species relocated upstream to sections of the river that offer longer-term water security,” Mr Marshall said.

“We’ve now relocated more than 1600 fish from all corners of the state since September, ensuring the survival of our key native species through this unprecedented drought.

“With summer just around the corner, unfortunately we won’t be able remove every fish from every drying pool, but that won’t stop our teams from undertaking as many rescue operations as possible.”

Over the past week, Department of Primary Industries (DPI) Fisheries staff worked alongside 19 local volunteer anglers from the Inland Waterways OzFish group to identify the most at-risk sections of the Macquarie River.

“This is the perfect example of what can be achieved when we work hand-in-hand with the community, as we battle through one of the worst droughts on record,” Mr Marshall said.

The rescue operation is part of the NSW Government’s $10 million Fish Rescue Strategy, which includes: targeted rescue operations, the State’s largest ever breeding program of native fish, expansion of the Government’s flagship fish hatchery as well as working with recreational fishing clubs and private hatcheries across the State.