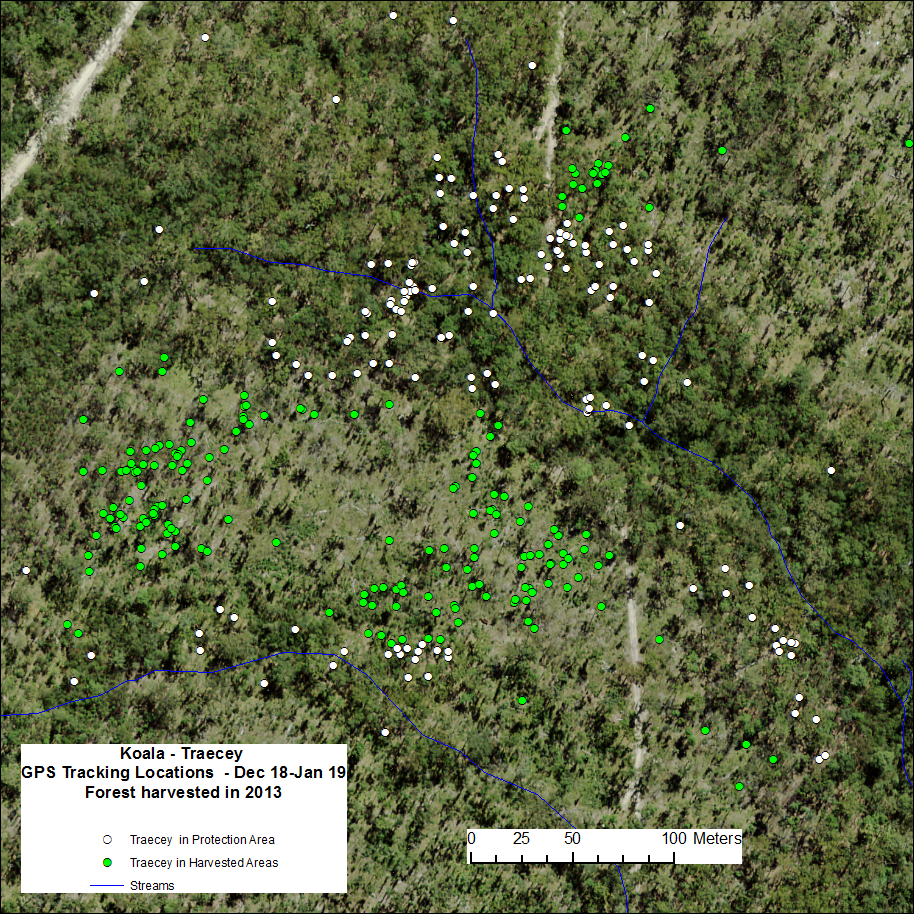 A new koala tracking project is underway in north-east forests of NSW on the mid north-coast, with a koala recently released back into a State forest near Port Macquarie.

NSW Department of Primary Industries (DPI) Principal Research Scientist, Dr Brad Law said the koala released yesterday was captured in November and found to be infected with the bacterial disease Chlamydia and was the second koala to be released as part of the project.

“This koala has been treated at the Port Macquarie Koala hospital which has taken great care of it before it was released at its capture site,” Dr Law said.

“Chlamydia threatens koalas throughout their range causing blindness and infertility and is thought to be a major factor in holding koalas at low population levels.”

“The findings of the research will be considered by the Natural Resources Commission who is independently commissioning and overseeing other research projects investigating how koalas respond to regeneration harvesting on state forests as part of the NSW Koala Strategy,” Dr Law said.

“This is an important project and will provide a better picture for us on the movements of koalas, particularly for the north coast forests of our state.

“The project will use GPS collars on koalas to track their movements throughout the forest which will enable DPI researchers to look at the effectiveness of koala protections in State forests and relative use of young regenerating eucalypts after harvesting compared to mature forest.

“The first Koala collared in the project has been tracked over the past two months, providing us with better information on what tree species and sizes offer important browse as well as other aspects of habitat use like use of ridges vs gullies.”

The GPS collar will collect detailed information on the movements of the koala, potentially for the next 12 months.

The Port Macquarie Koala Hospital will be conducting full health screens on all the captured koalas. This will include ageing, reproductive and disease status.