Solitary Ranger takes to the water 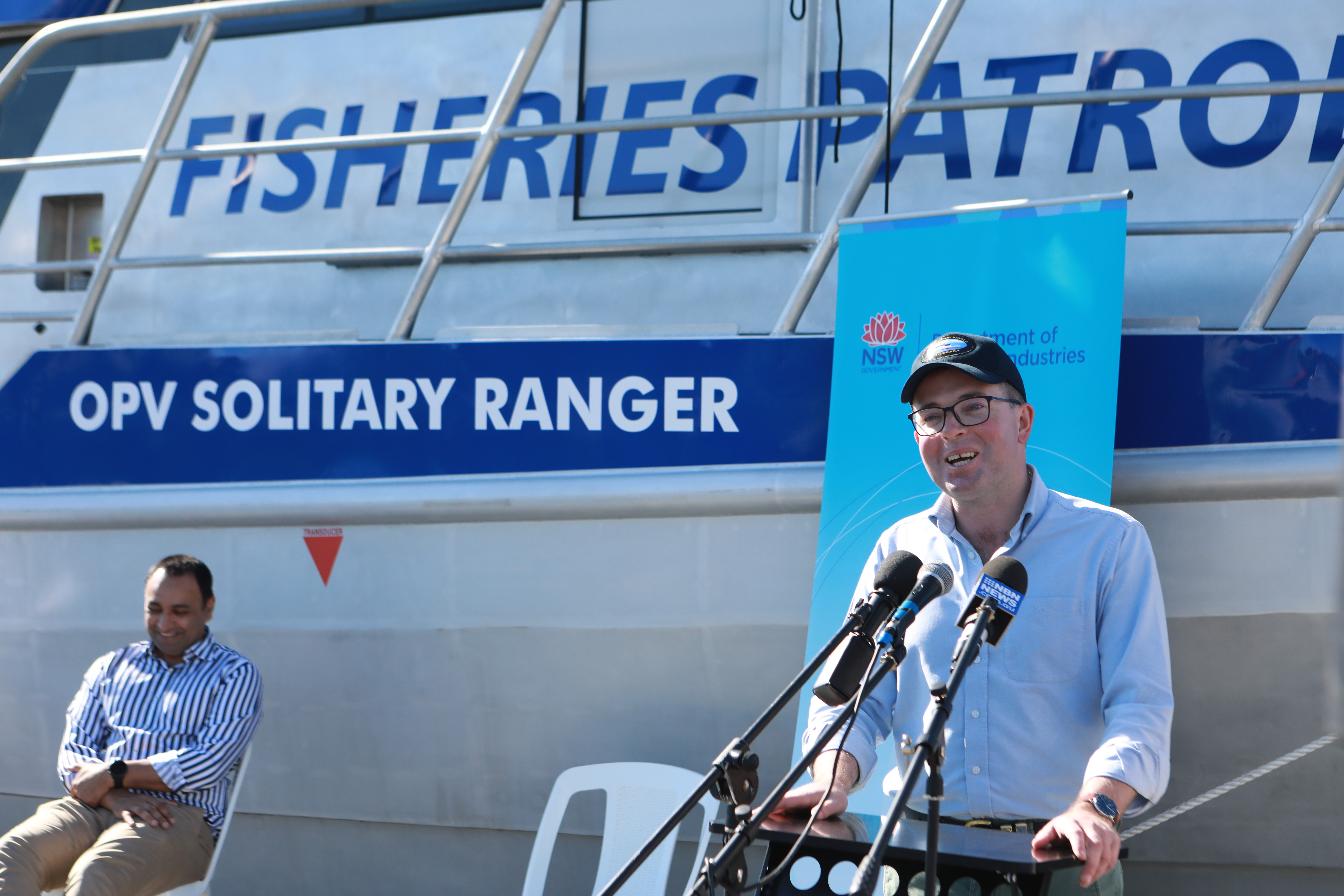 Illegal fishers have nowhere to hide in NSW waters following the launch of the NSW Government’s largest ever offshore patrol vessel.

Minister for Agriculture Adam Marshall officially named and launched ‘Solitary Ranger’ at Coffs Harbour today and said the $3.3 million vessel would be a valuable tool in the NSW Government’s arsenal.

“This is the largest and most technologically advanced vessel we’ve ever had at our disposal, and it will allow us to crack down on illegal fishers from Sydney to the Queensland border and even out to Lord Howe Island,” Mr Marshall said.

“With a greater capacity for long-range patrols, and the ability to handle rough offshore conditions, the Solitary Ranger can head further out to sea where more and more commercial and recreational fishing is taking place.

“Fisheries officers will have the latest mapping and surveillance equipment at their fingertips, such as infrared cameras, to help catch anyone doing the wrong thing.

“It’s critical we maintain a strong compliance presence in NSW waters to ensure we have sufficient fish stocks for generations to come.”

The Solitary Ranger can undertake a range of activities including ocean patrols, surveillance activities and targeted compliance operations.

Member for Coffs Harbour Gurmesh Singh said Coffs Harbour is the perfect location to house the vessel, situated ideally between Sydney and Tweed.

“Our region is home to some of the State’s best fishing spots, so it’s vital we protect our aquatic resources and tackle the issues of illegal fishing head on,” Mr Singh said.

The Solitary Ranger was built by the family-owned North Coast company Yamba Welding and Engineering and at 20 metres long is the largest vessel it has ever built.

The Solitary Ranger’s rigid hull inflatable boat has been named after devoted Department of Primary Industries fisheries officer Wayne Currie, who passed away in 2019.

People are encouraged to report all suspected illegal fishing activities by calling Fishers Watch on 1800 043 536 or via www.dpi.nsw.gov.au/fisheries/compliance