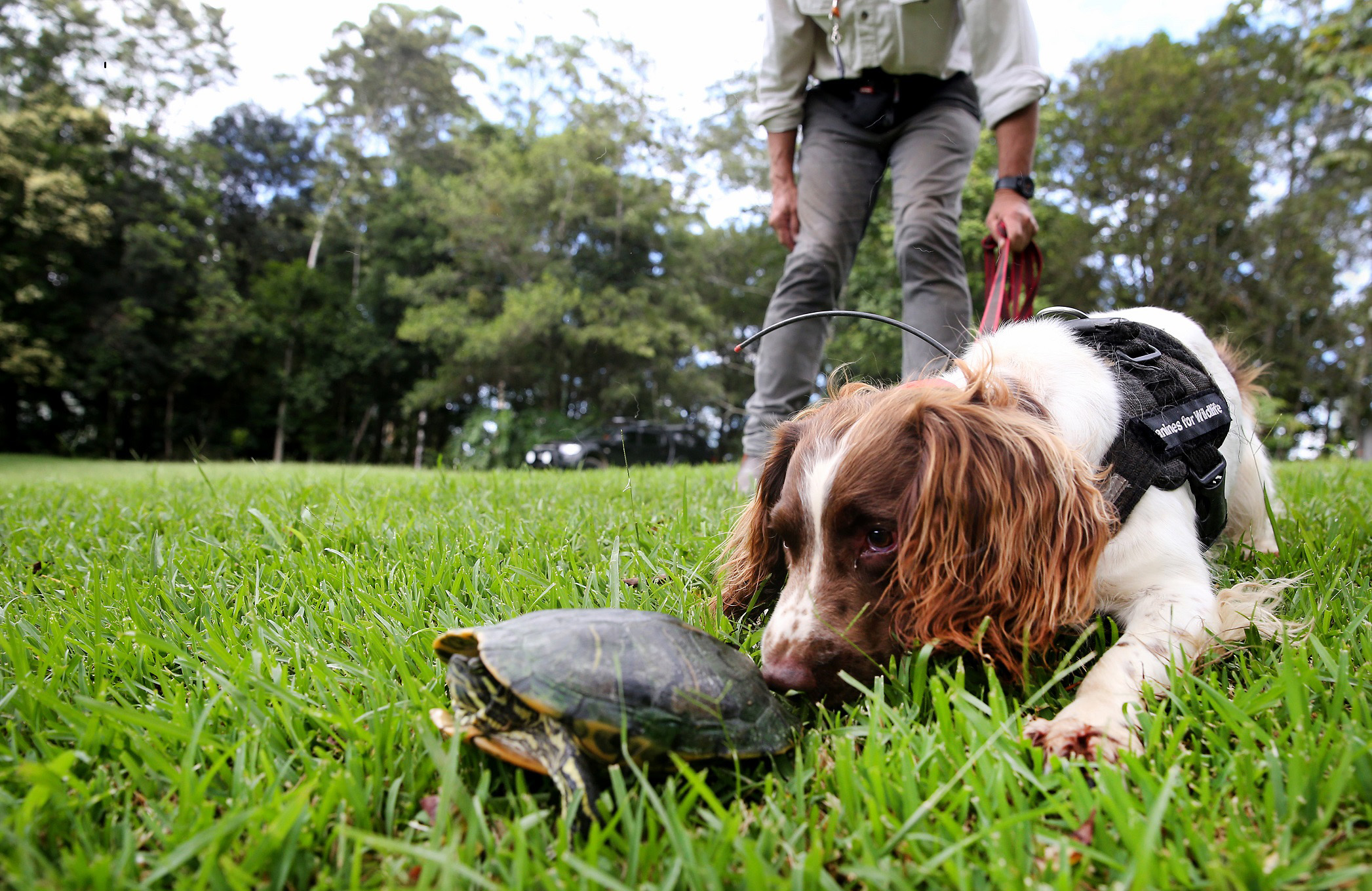 Scent detector dogs who ‘nose out’ invasive pests have swarmed Sydney’s parklands as the NSW Government unleashed a specially-trained squad in a calculated raid to eradicate an alien turtle species from our waterways and wetlands.

Minister for Agriculture Adam Marshall said they might look harmless, but the red-eared slider turtles were introduced from North and Central America and posed a serious biosecurity threat, preying on native turtle species.

“These turtles are an extremely serious introduced biosecurity threat, and we need to extinguish them from our water-ways.

“Our highly trained scent detector dogs have the ability to nose out traces of these invaders above and below the water. While experts in camouflage, the red-eared slider turtles have nowhere to hide.

“These invasive turtles came from the United States and Mexico, and they prey on our native species, fish and frogs, compete for food, nesting areas and basking sites, and can even spread infectious salmonella bacteria to people, pets and other animals.

“We have already removed hundreds of red-eared slider turtles from Sydney waterways and the hands of illegal keepers, but this is just the start.”

Mr Marshall said keeping red-eared slider turtles as pets was prohibited and they were an issue on the black market.

“These alien species have been smuggled into, illegally kept and illegally released in Australia which have been found across the Sydney basin, from Camden north to Woy Woy and west to Windsor,” Mr Marshall said.

“They are often illegally purchased when they are very small and attractive, but grow rapidly into large adults capable of biting their owners.

“Red-eared slider turtles might appear to be an ideal pet when small, but they are vicious. If you see one, or you have inadvertently purchased one - or have one that you no longer wish to keep – contact us immediately so we can safely remove them.”

Members of the community are advised to be on the lookout for unusual non-native animals, including turtles, snakes, lizards and other reptiles, mammals, birds and amphibians.

If you see a red-eared slider turtle or any other illegal invasive animals, please contact NSW DPI on 1800 680 244 or take a photograph and post the details on NSW DPI’s unusual animal form.