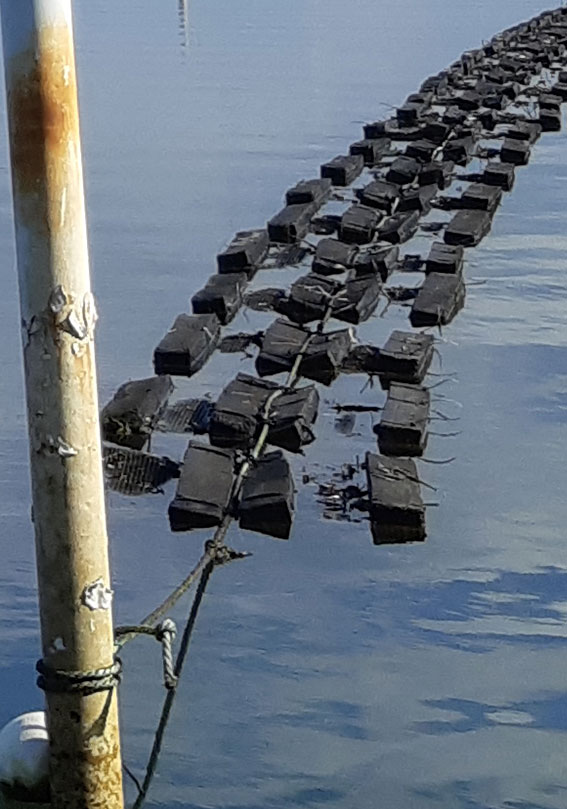 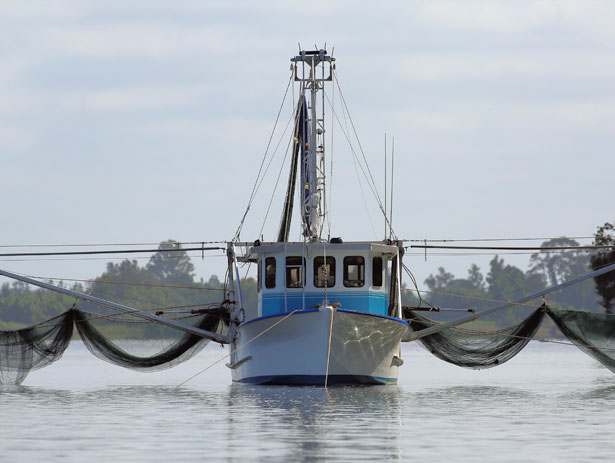 At the date of publication, detailed industry information is not available, consequently the following production and price commentary analyses 2017–18 industry data.

NSW Government’s Supporting our Seafood Future grants program aims to unlock the potential of our seafood industry by boosting the value of the industry and seeing more local seafood on plates. The program is designed to build marketing and promotion capability within fishing businesses through matched funding grants. Around 86% of seafood eaten in NSW is currently imported, creating a huge opportunity to increase the production and consumption of local seafood and drive economic growth in NSW. 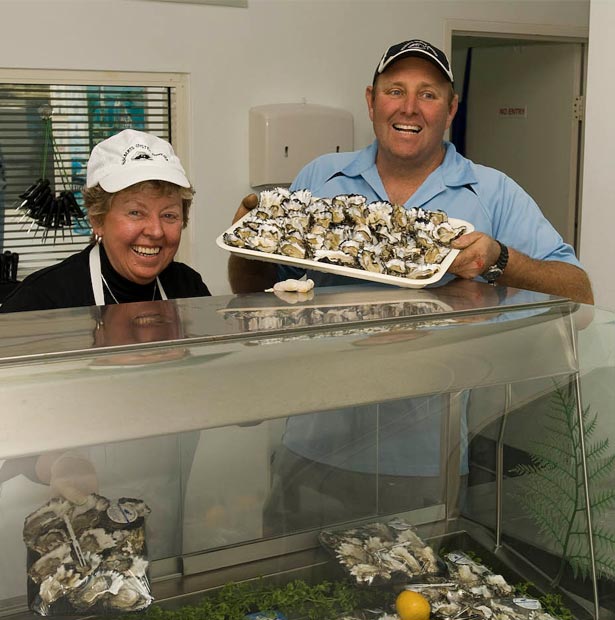 NSW DPI Fisheries rescued 100 fish from two rescues at Menindee moving them to the Narrandera Fisheries Centre with the potential to breed 200,000 fish including Murray Cod, Golden Perch and Silver Perch species. The Narrandera Fisheries Centre produces between 1.5 million and 2 million fingerlings a year. The rescues have resulted in strong support and goodwill from the Menindee community and stakeholders. NSW DPI and the Freshwater Native Fish Association were recently successful in attracting funds to develop a best practice Murray Cod production manual to support industry development. Murray Cod aquaculture in NSW is growing rapidly and is now the most valuable farmed fish sector in the state. This comes of the back of new cage technology in irrigation dams and new business models within industry. NSW DPI scientists, in partnership with oyster growers, have developed a new QX-resistance trial of 500,000 oysters. After 18 years of research, the breeding program has reached an expected QX survival rate of 80%. QX is a disease of Sydney rock oysters caused by a protozoan parasite and is the disease responsible for wiping out the Hawkesbury oyster industry in 2003. 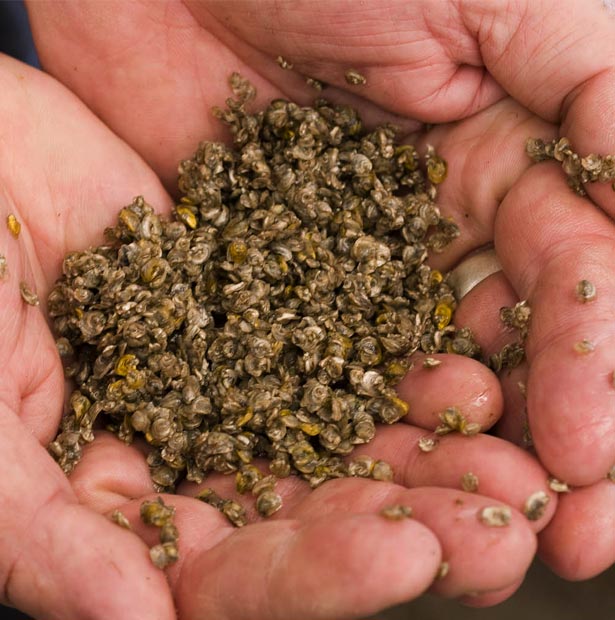 NSW DPI has made a series of videos available online that were funded through the Recreational Fishing Trust. The series was created to highlight interactions between fishers, boaters and oyster farmers around aquaculture leases. Key messages highlight everyone’s responsibilities to protect water quality, respect farmers, and to not damage leases. These messages are important for the general public to increase awareness of issues affecting recreational fishers and oyster farmers. NSW DPI program leader, Dr Wayne O’Connor, was awarded the Medal for Agriculture and Rural Development by the Vietnam Government to acknowledge the work of DPI in establishing a thriving oyster industry in Vietnam. NSW DPI has been working with The Australian Centre for International Agricultural Research to develop bivalve production capacity in Vietnam and NSW since 2007, playing a vital role in successful establishment of the industry. 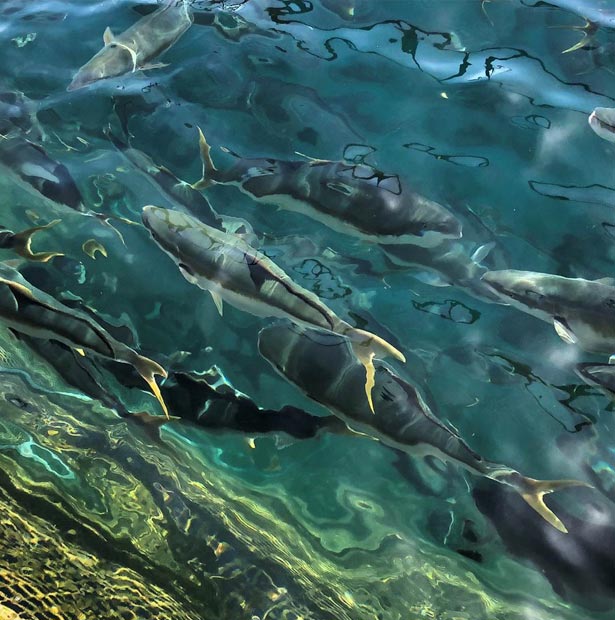 NSW Government’s SharkSmart program provided summer beachgoers in NSW with the latest science and advice on sharks, with technology in the air, on the water, and on the ground to reduce the risk of shark encounters. Detection technologies include aerial surveillance using helicopters and drones, and tagging and monitoring sharks with satellite linked listening stations through SMART Drumlines. Tagged sharks trigger detection alerts that are posted on the SharkSmart app. 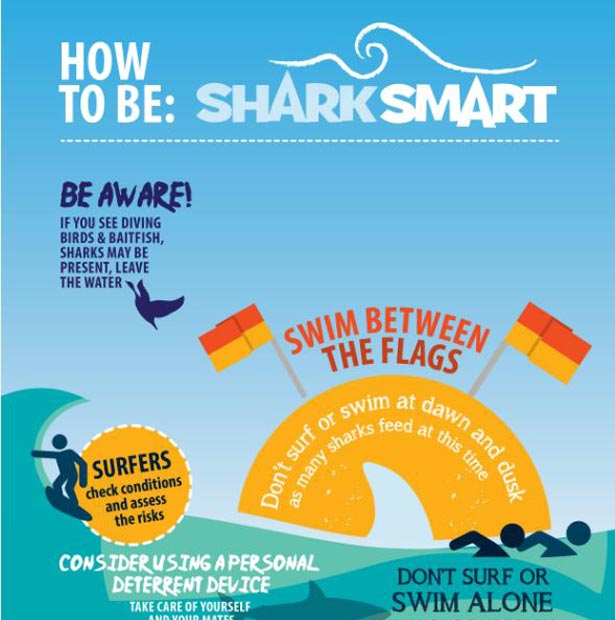 Fish remained the biggest contributor by volume to catch, with 9,025 tonnes landed (up 3.3% year-on-year) and a value of $45.6 million. Crustaceans accounted for just 15% of the total catch weight (1,698 tonnes) however, with a much higher average price per tonne ($25,626 compared to $5,051 for fish), they account for 43.7% of total value, at $43.5 million. These prices reflect supply and demand levels as well as the gourmet nature of species such as lobsters, crabs and prawns53.

With NSW coastal waters divided into 10 regions determined by degrees of latitude, wild harvest was greatest by value ($21.5 million) and weight (2,492 tonnes) between 32 and 33 degrees south (just north of Newcastle). Catch was lowest ($3.67 million and 567 tonnes) between 35 and 36 degrees south (south of Wollongong). Return per tonne was also lowest in this region ($6,442 per tonne). The highest return per tonne was received close to the Queensland border ($13,252 per tonne). Aquaculture output grew by 12% in 2017–18, to reach $78.4 million – 44.1% of total fisheries Output. This growth was largely driven by Sydney Rock Oysters, up 19.8% year-on-year, and by far the largest aquaculture sector, contributing 62% of the total aquaculture value50, 54. Unprecedented investment, and a focus on tourism and marketing, has driven industry development and its transition from small, family operators to a modern business focus104.

In contrast, Pacific Oysters fell by 35% year-on-year to $3 million. Production was impacted by outbreaks of Pacific Oyster Mortality Syndrome in several estuaries in recent years; environmental stressors; and interstate disease events that limited the availability of seed stock104, 50, 54.

Mixed fortunes were experienced by smaller sectors of the industry. Black Tiger Prawn value fell by 26% year-on-year, with a 21% drop in production50, 54. In addition to industry restructure, interstate outbreaks of White Spot disease drove the development of disease mitigation strategies, which included reduced stocking densities104.

Key markets for seafood exports were China, Vietnam and Japan. Imported products were primarily sourced from Thailand and other South East Asian countries (48.9%), and China (13.4%). Imports were dominated by lower value products, such as canned tuna and frozen fish fillets and prawns.

In 2017–18, the NSW Sydney Rock Oyster industry was worth $48.7 million - 29% of the total value of NSW fisheries (both wild harvest and aquaculture). It was the state’s most valuable fishery.

Commercial oyster cultivation began in NSW during the 1870s, accompanying early settlement and development of the NSW coast. Today the industry is associated with the character and community of coastal NSW, provides employment and contributes significantly to regional economies. 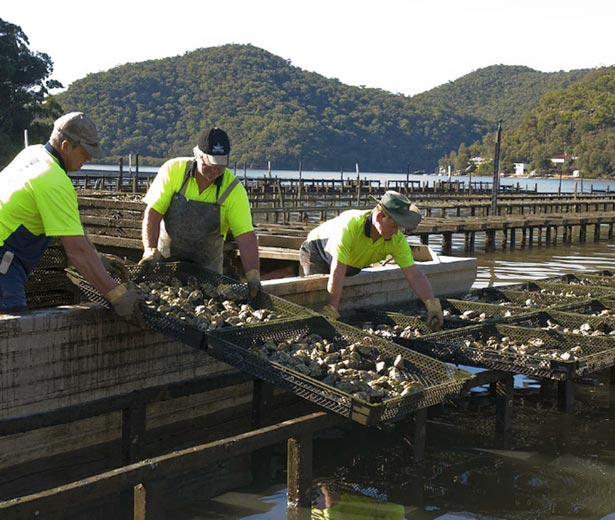