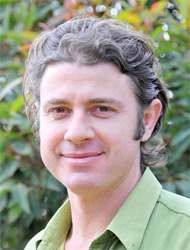 Dr Milgate has BSc (Hons) from the University of Newcastle in which he specialised in plant science before undertaking PHD studies in plant pathology and molecular genetics at University of Tasmania.

Dr Migate was appointed Wheat Breeder with NSW Department of Primary Industries at Wagga Wagga Agricultural Institute (WWAI) in 2000. In this role he was responsible for scientific direction of NSW DPI wheat breeding program in conjunction with Dr Peter Martin, specifically to provide expertise in plant pathology, molecular genetic research and germplasm development. A major focus of his research was the development of cultivars with resistance to two of the major wheat diseases of southern NSW, Septoria tritici blotch and Stripe rust.

His work resulted in the commercial release of seven wheat cultivars (an eighth due for release in 2008) for NSW.

Dr Milgate has considerable experience in developing molecular markers for use in marker-assisted selection, which has enabled more rapid identification and incorporation of quality and resistance genes into varieties for NSW & Australia. His research resulted in increased adoption of the use of molecular markers, which enabled a five-fold expansion in the WWAI crossing program. This intense marker assisted selection allowed up to 100% greater frequency in target gene frequencies in many crosses.

Dr Milgate was appointed Research Plant Pathologist in 2007, to develop and lead the NSW DPI research program into the diseases of winter cereals grown in southern NSW.