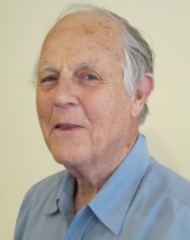 Dr Hawkes is a Senior Professional Officer in the Virology Laboratory at Elizabeth Macarthur Agricultural Institute (EMAI).  Royle established his career in medical virology (Virologist at Prince Henry Hospital 1965-1973, Senior Lecturer and then Associate Professor in the Faculties of Medicine and Biological Sciences, University of NSW, 1974-1992). He initially established connections with the Virology Laboratory through collaborative research with Dr Peter Kirkland, followed by taking part of a sabbatical leave at Elizabeth Macarthur Agricultural Institute (EMAI) in 1991. He joined EMAI in 1993, firstly as Coordinator of a large collaborative project on bluetongue virus (BTV) in China, and then, from 1997until 2006 in research activities with BTV. He has published a number of chapters in text books, and has many academic publications, mainly in the fields of medical virology and, more recently, in veterinary virology.

After retiring several years ago, Royle re-joined the Virology Laboratory in 2013, on a casual basis, where his wide range of skills are utilised. His role as a mentor to younger staff and assistance with academic writing are greatly appreciated.