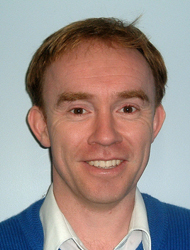 Stephen Jackson works in the Animal Welfare Branch where he is involved in the regulation of the zoo industry in New South Wales.

He joined NSW Agriculture* in 2001 as a Professional Officer, though transferred to a Research Scientist classification as a result of his strong publishing record. He has nearly 20 years experience as a field biologist, zoo keeper, wildlife park curator and government zoo regulator. He completed his PhD on the endangered mahogany glider (Petaurus gracilis) in the tropical forests of north Queensland. To date he has published some 25 papers and three books.

Goldingay RL & Jackson SM (2004) A review of the ecology of the Australian Petauridae. Pp. 376-400. In R.L. Goldingay & S.M. Jackson (eds) The Biology of Australian Possums and Gliders. Surrey Beatty, Sydney.

Jackson SM & Johnson CN (2002) Time allocation to foraging in the mahogany glider Petaurus gracilis (Marsupialia, Petauridae) and a comparison of activity times in exudivorous and folivorous possums and gliders. Journal of Zoology (London) 256: 271-277.