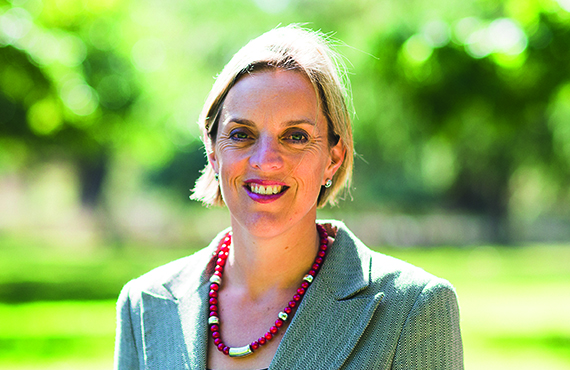 Edwina Beveridge is a pork producer from Young NSW. She has a Bachelor of Commerce from the University of Sydney and is a qualified Chartered Accountant.

She and her husband, both from farming families, own and operate Blantyre Farms – a highly productive farming and livestock business situated in the South West Slopes region of NSW. They have three children.

Established in 2007 Blantyre Farms is a leader in renewable energy and in 2011 became the first farm in Australia to have a registered project under the government’s Carbon Farming Initiative program. A biogas generator was installed capturing methane from the pig manure and turning it into electricity.

Edwina has significant industry involvement through the NSW Farmers Pork Committee, representing other farmers as an Australian Pork Limited Delegate, and as a member of the NSW Primary Industries Ministerial Advisory Committee.