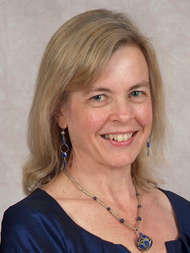 Dr Kelly has been working in cross-sectoral, primary industry RD&E for the last three decades. She has demonstrated expertise in soils research, policies and programs, with a solid body of knowledge and practice built through her leadership of Agriculture NSW’s soils management R&D program, representing NSW DPI at high level state and national forums, and providing technical advice and strategic planning. Dr Kelly leads a team of over 60 staff in Agriculture NSW to find soils management options for primary that underpin productivity, profitability and sustainability.

Dr Kelly has 24 years of research experience with NSW DPI. Her research includes the role of soils and forestry in climate mitigation and adaptation options; the potential of dry land forestry for carbon sequestration; and the successful use of recycled organics as fertilisers and soil amendments for mine site rehabilitation. Her research has focused on practical, large-scale industry situations. Dr Kelly's extensive research and demonstration program has been funded by all levels of Government and the forestry, coal, water and waste industries.

Kelly GL (2012) The role of recycled organics in the increase and nature of long term soil carbon pools. T07/CAG/09 Final Report to NSW Office of Environment and Heritage.

Kelly GL (2008) The Use of soil amendments to maximise wood and carbon values from trees planted in overburden and buffer sites in the Hunter Valley. ACARP Final Report. 80pp Project No C10043

Kelly GL (2006) Recycled Organics in Mine Site Rehabilitation - A review of scientific literature.