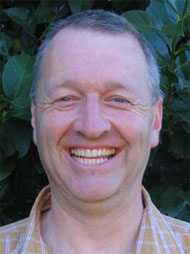 Ian is an animal health research officer focusing on microbiological diseases in production animals. He specialises in molecular biology-based research and the development of improved diagnostic tests of pathogens that affect terrestrial and aquatic species.

In collaboration with the University of Sydney he is investigating improved and enhanced direct diagnosis tests of pathogens that affect terrestrial and aquatic species. With the University of the Sunshine Coast he is leading research exploring Chlamydiosis in production animals.

The majority of his research has focused on Johne’s disease (JD) but other areas his has been active in include; viral diseases of finfish, parasitic diseases of oysters and epidemiological modelling on the effects of exotic disease outbreaks which has resulted in many peer-reviewed journal articles in journals. Ian has worked closely with colleagues on the development of the ANZ Standard Diagnostic Procedures for JD and has made significant contributions to the World Organisation of Animal Health (OIE) chapters on JD and Epizootic haematopoietic necrosis virus.

Marsh IB and Whittington RJ (2005) Deletion of an mmpL gene and multiple associated genes from the genome of the S strain of Mycobacterium avium subsp. paratuberculosis identified by representational difference analysis and in silico analysis. Mol Cell Probes 19:371-84.