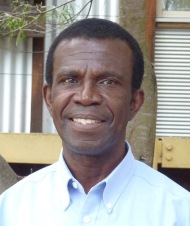 Paul Arthur is currently Senior Principal Research Scientist, and Leader – Genetics of the Extensive Livestock Industries Unit of NSW Department of Primary Industries. He has held various senior scientific leadership roles within and outside of the Department, the most recent being the Director of NSW DPI’s largest research centre, providing scientific leadership for the centre’s research, diagnostics and advisory effort.

Paul joined the Department in 1991 as a research scientist and has undertaken research in beef cattle breeding and genetics, and in livestock growth and development. He has over 30 years scientific research experience in Ghana, Canada and Australia, and has written over 250 scientific papers, more than half of which are peer-reviewed publications.

His R&D work has been recognised with a Public Service Medal (PSM) for “Outstanding public service in the field of animal breeding and genetics” as part of the 2012 Queen’s Birthday Honours and Awards. His research group (The cattle Methane Team) was also one of the three finalists for the prestigious Australian Museum 2013 Eureka Prize for Sustainable Agriculture. He has just completed a 3-year term as Section Editor for the Journal of Animal Science.