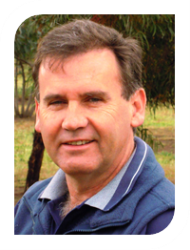 Tony Napier has worked in the agricultural industry for over 30 years and joined the Southern Cropping Systems Program at the Yanco Agricultural Institute as a Research and Development Agronomist in 2014.

Tony has spent the previous 15 years with NSW DPI working with the Horticultural Industry as an advisory officer for vegetables.

Since joining the Southern Cropping Systems Unit as a Research and Development Officer, Tony has been working on two GRDC co-funded projects.

The second project is evaluating the agronomic and management factors required to best manage double cropping and crop sequencing under irrigation.