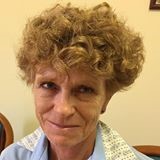 Tracie is currently a Development Officer - Extensive Livestock at the Trangie Agricultural Research Centre and has worked in commercial agricultural industries as well as the Department of Primary Industries.  She has been involved in research and the application of livestock genetic improvement programs in industry. Tracie has worked in various sections within the Department of Primary Industries since 1990, but has mainly been involved in the livestock units; sheep and cattle, other sections she has worked in include soils, feral animals and cropping.