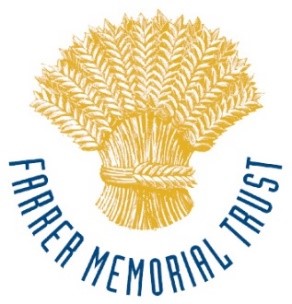 The Farrer Memorial Medal is awarded annually to perpetuate the memory of William James Farrer, Plant Breeder, and to provide encouragement and inspiration to those engaged in agricultural science.

The medallist is chosen by trustees of the Farrer Memorial Research Scholarship Fund from the ranks of those persons who have rendered distinguished service in agricultural science in Australia in the fields of research, education or administration. The recipient of the medal is invited to deliver an oration on a topical subject of his or her own choice. 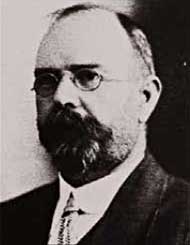 Following the death of Farrer in 1906, a committee was formed to raise subscriptions for the establishment of a Memorial Fund, control of which was transferred to a Trust under a set of instructions dated 16 October 1911.

The Farrer Memorial Oration was arranged originally by a local committee at Queanbeyan. The originator of the idea was Mr Frank J. Gallagher MA, who was then Principal of the Queanbeyan Intermediate High School.

The first oration was delivered by the Prime Minister of Australia, the Rt Hon J.A. Lyons MP, on 3 April 1936 (the anniversary of the date of Farrer's birth) at the Star Theatre, Queanbeyan, when a silver medallion was presented to him by the children of the school as a memento of the occasion. This medal has been donated to the Adolph Basser Library, Canberra, where it is on display.

At the request of Mr Gallagher, the trustees assumed responsibility during 1941 for arranging an annual oration and presentation of a medal. The oration is now published in the Trust's Annual Report.

All Farrer medallists and their memorial orations since 1936 are available. Congratulations to Professor Rudolf ‘Rudi’ Appels on receiving the 2021 Farrer Memorial Medal for his extensive work in wheat genome research.

Nominations for the 2022 Farrer Memorial Medal

The Farrer Memorial Trust was established in 1911 to perpetuate the memory of William James Farrer and to encourage and inspire agricultural scientists. One of William Farrer’s ideals was “aiming high and making an impact”. He was one of the pioneers of agricultural research and development in Australia
and in doing so helped to build the foundations of the Nation.

The Farrer Memorial Medal is awarded annually to provide encouragement and inspiration to those engaged in agricultural science. The medallist is chosen by trustees of the Farrer Memorial Research Scholarship Fund in April each year from the ranks of those persons who have rendered distinguished service
in agricultural science in Australia in the fields of research, education or administration.

Who can be nominated?

Individuals who have rendered distinguished service in agricultural science in Australia in the fields of research, education or administration are eligible for nomination.  Nominees must have demonstrated a record of high achievement within one of the nominated categories and made a contribution
over and above what might reasonably be expected through paid employment.  Their contribution should stand out from others who may have also made a valuable contribution.

How can I nominate?

A copy of the nomination form can be downloaded here. Please ensure the  is completed in full and a recent bio/CV attached.

Nominations should be sent via email to:

The Farrer Memorial Scholarships are designed to support overseas travel to include attendance at an international conference at which a paper or poster is being presented.

Donations to the Trust

The Farrer Memorial Trust welcomes donations from those with a commitment to the Australian rural industry to help it fund:

The Trust is required by an Act of Parliament  to fund these activities totally from investment income, and not from capital. Escalating costs, however, are making it difficult to keep the awards at an acceptable level and continue the medal presentations.

For more information about donating to the Farrer Memorial Trust, contact the Secretary .

Trustees of the Farrer Memorial Trust

Older annual reports for the Farrer Memorial Trust can be found on the DPI web publication archive.