Pruning was a major feature of the Citrus Roadshow field sessions held at Riverina and Sunraysia in October 2017. Wind blemish is one of the main reasons of fruit being downgraded from class one, however it can be reduced by pruning. Annually pruning Washington navel trees after harvest enables growers to achieve up to 70% first grade pack outs. Wind speeds during spring and site topography (i.e. high or low wind site; exposed hillside or protected flat ground) also affect wind blemish, although pruning can significantly reduce the impact of these unfavourable situations. Pruning methods vary between farms depending upon tree size, varieties, tree age and the historical pruning of the block. 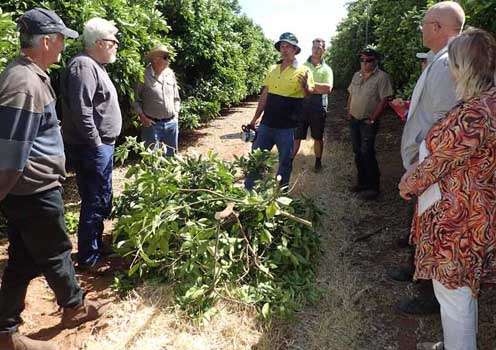 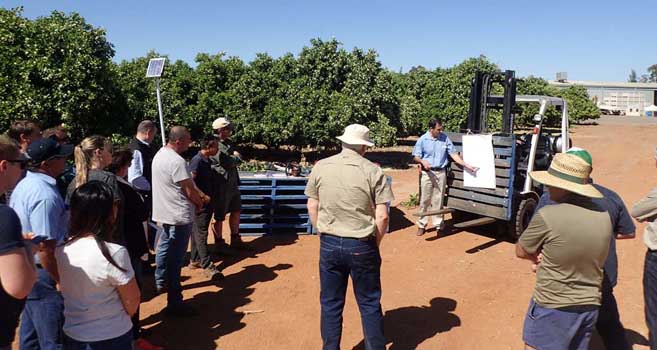 Growers that prune annually aim to spend approximately two minutes per tree, costing about $1.80 per tree. Costs will depend upon individual orchard circumstance and the intensity of pruning. Most growers aim to prune 20-30 trees per hour. Generally battery powered electric secateurs are used for 6-10 year old trees, while small petrol or battery chainsaws are more efficient for pruning mature citrus trees.

Key messages on the day were:

An array of pruning resources are on the NSW DPI website including: