Why understanding soil texture is key to blueberry mound management The aim of best practice nutrient management for blueberry growers is to apply the right amount of nutrition for optimum plant growth and berry yield, without losing excess nutrients that could end up in local water ways.

As blueberries are fertigated, the fate of applied nutrients is influenced by the rate and frequency of irrigation and how water moves through the soil.

Water movement in the soil is determined primarily by soil texture which influences the water infiltration rate, the water storage capacity, and the nutrient holding capacity of the soil.

Soil texture is determined by the percentage of sand, silt and clay particles in the soil. The size of each of these particles is quite different which contributes to the physical characteristics of the soil (Figure1).

Figure 2: Soil texture is determined by the proportion of sand, silt and clay particles 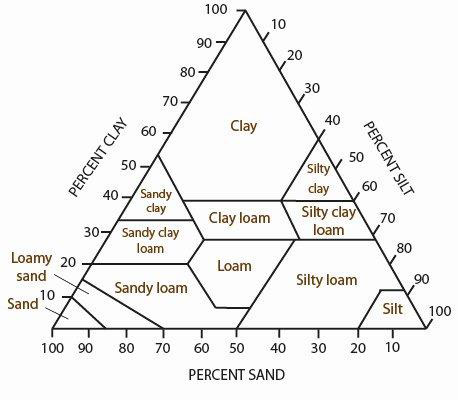 Given this impact on nutrient retention, it is important to consider soil texture when prescribing fertiliser recommendations. Better targeting of fertiliser application also reduces costs for growers and demonstrates best practice management to the wider industry, community and regulators. 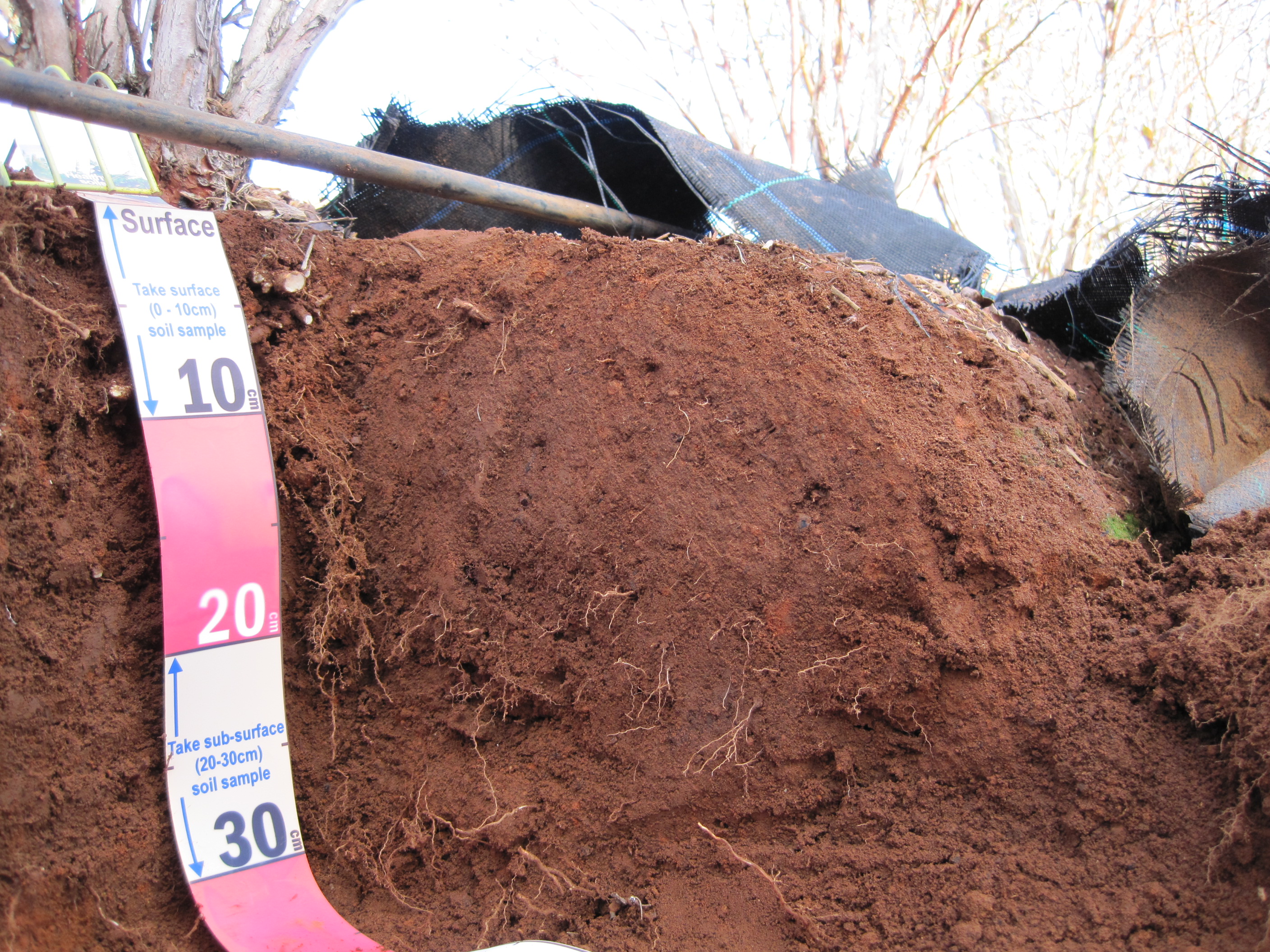 Nitrogen and phosphorus are key nutrients for the blueberry plant, but when applied in excessive amounts can cause environmental harm in local waterways that drain into the wider marine estate.

Critically, excess available nitrogen and phosphorous that leaves the farm can lead to eutrophication in local waterways causing algal blooms and changes in the composition of communities of aquatic species.

Nitrogen can be present in soils in different forms and compounds, including nitrate and ammonium. Nitrate (NO3-) is a water soluble negative ion which means it readily moves through the soil profile in solution without attaching to soil particles. It can leach beyond the roots into hydrological pathways and groundwater. The risk of leaching is higher in sandy soils.

Ammonium (NH4+), the form of nitrogen that is most effectively utilised by blueberry plants, has a positive charge and is more inclined to remain in the soil until taken up by the plant, converted to nitrate, or leached through the soil profile.

Figure 4:  The soil nitrogen cycle showing the role of mineralisation in making nitrogen available for plants to take up (Carson & Phillips 2020).

Phosphorous binds to the soil to varying degrees, depending on the capacity of the soil to ‘fix’ this nutrient, which is known as the soil’s Phosphorus Buffering Index or PBI. Soils with a high PBI will quickly bind phosphorous and make it unavailable for plant uptake.

PBI is closely related to soil texture. The PBI together with the soil’sColwell P (available phosphorous) and texture will affect the amount of phosphorous in applied fertiliser that will be available to the plant.

Phosphorous attached to soil particles will suspend in surface water and flow to the lowest point in the landscape, potentially ending up in creeks and streams where excess phosphate (PO4-) can increase the likelihood of algal blooms.

Adding mulch to some blueberry soils can help improve water infiltration and nutrient absorption by the plant, however success will depend on both the soil type and the mulch material. 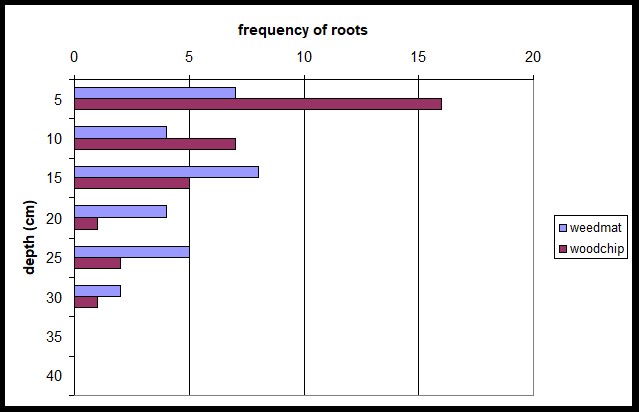 Figure 5.1 and 5.2: Root distribution and frequency in the soil profile for both weed mat and woodchip treatments.

However, the water infiltration rate in the grey and red silty loams halved after twelve months, which was likely to lead to inadequate moisture availability in the soil, and therefore reduced nutrient uptake.

Plant canopy size, root volume (Figure 5) and berry yield in these silty loams were also significantly smaller in subsequent years compared to the other soils in the experiment (Cox et al., 2014). Figure 6: This soil has developed a crust on the surface, preventing the infiltration of water and nutrients into the soil profile.

The water infiltration problem may be due to the inherent properties of silty soil. Soils high in silt tend to develop a surface crust when wet as the pore spaces on the surface become blocked, causing water to run off rather than seep into the soil (Hazelton and Murphy 2016).

The issues outlined above demonstrate the significant impact of soil texture in managing blueberry mound nutrition. Given that texture plays such a crucial role in a plant’s capacity to access nutrients applied through fertigation, considering the texture of your soil is clearly just as important as testing for soil nutrition.

Assessing soil texture in the field

Soil texture can be measured using a lab test, however most people can make a reasonably accurate texture estimate in the field using a simple manual technique.

Firstly, take a small portion of soil (around 4 tablespoons) in your hand and remove any stones that are larger than 2 mm in size.

Add water to the sample of soil, make sure it’s fully moist, then use your thumb to create a ribbon with the soil and feel the consistency.

The grittiness or silkiness, and the length of the ribbon will indicate the soil texture. For example, a sandy soil feels gritty and will not make a ribbon at all, whereas a sandy loam will form a ribbon of 15 to 20 mm.

A clay loam will form a ribbon of 40 to 50 mm and feels smooth to manipulate.

A medium clay will form a ribbon of 85 to 100 mm, which handles like plasticine and can be moulded into a rod.