NSW Department of Primary Industries (NSW DPI) and the NSW Office of Local Government have a shared interest in safeguarding animal welfare and promoting responsible pet ownership in NSW.

In 2015, the NSW Government established a Joint Select Committee to look into companion animal breeding practices.

The Inquiry included an open submissions process and public hearings and generated a very large level of interest in the community and the media. The Inquiry received 344 submissions, a petition containing 3,000 signatures, and over 2,200 emails and other correspondence.

Since that time, a number of these recommendations have already been implemented and this work continues.

NSW DPI and the NSW Office of Local Government are improving companion animal breeding practices and promoting responsible pet ownership in a number of ways: 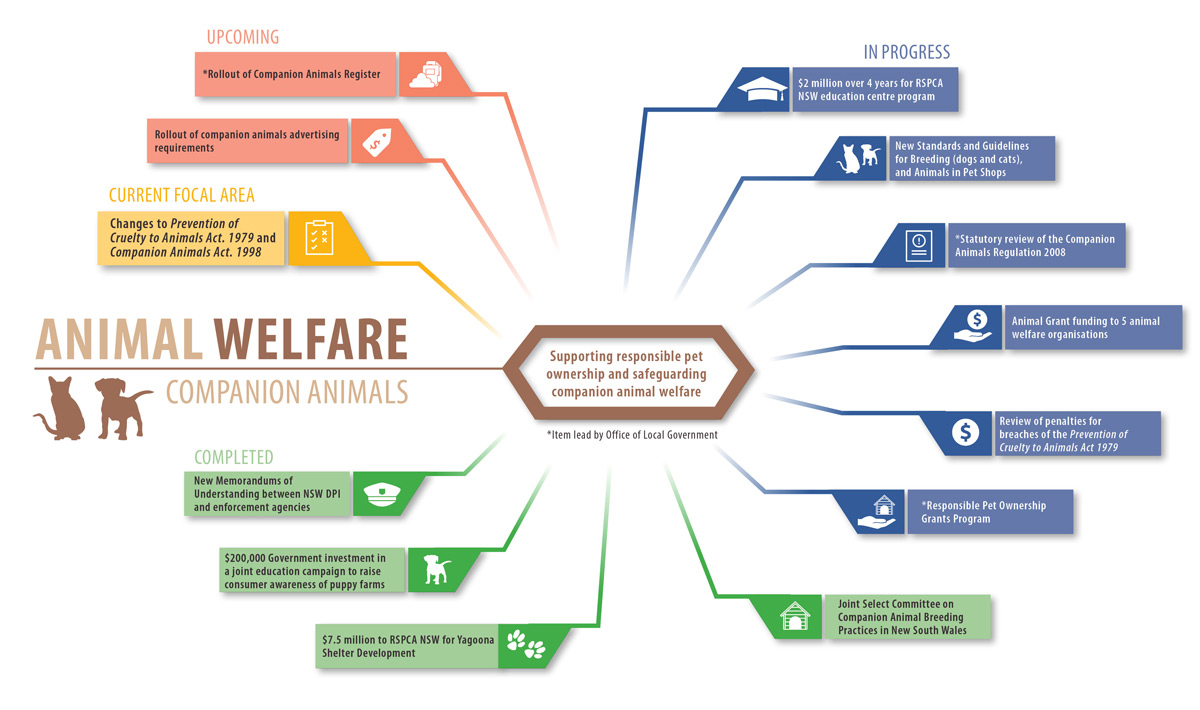