The Boran cattle breed originated in the northern area of Kenya, on the Somali border. Kenyan ranchers recognised them as the best indigenous beef animal in East Africa, and through careful selection improved the breed to the highly efficient animals they are today.

A team from CSIRO in Rockhampton, led by Dr John Frisch, recognised the value of introducing a tropically adapted breed into Australia that was unrelated to the Brahman. From their research they identified the Boran as having the characteristics required.

Because of political problems they were unable to collect embryos in Kenya; instead they collected them in Zambia where cattle had been taken sometime previously. The embryos were implanted into Australian-bred females in 1988 in the Cocos Islands. The first calves were imported into Australia by a consortium of CSIRO and Australian cattle breeders in 1990, after extensive quarantine testing. 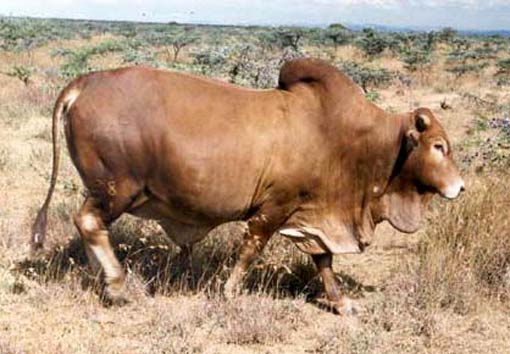 The Boran is a medium-sized beef animal. They can be grey, fawn or red in colour. They are recognised for their high fertility, good mothering ability, excellent temperament and great survivability under harsh conditions. Their early maturity and good meat quality will ensure their value in crossbreeding projects aimed at improving the productivity of Australian beef herds.

This Agfact is based on information provided by the Boran Association of Australia Inc. Their contribution is gratefully acknowledged.