The Romagnola originally developed in the Romagna district of north-east Italy from crosses of native cattle and from stabilising the descendants in the local environment. Selection and development of the breed took place between 1800 and 1900 with emphasis on the development of a dual-purpose milk–meat breed. In Italy the cattle are now found on the rich lowland soils, the lower hills and up the mountain slopes.

In Australia the first heifer calf was born in 1976 and purebreds were first imported from New Zealand in 1977.

The small number of purebreds in Australia are generally located in the high-rainfall areas of the south. 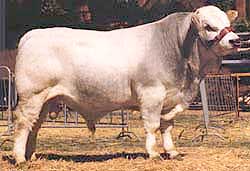 The Romagnola is similar in appearance to the Chianina and Marchigiana, though they are more compact, with well-fleshed shoulders and hindquarters and well-developed loins. The breed is well known for its relatively small calves and its ability to walk vast distances. The colour of the breed varies from white in summer to white-grey in winter, with dark shading around the neck, shoulders, limbs and tail switch especially in bulls. The skin is pigmented and the coat short but it grows longer in cooler conditions. Horns are black, but yellow at the base. Both bulls and cows have a prominent dewlap — the bulls more so than the cows.

For further information, contact the Romagnola Breeders’ Society of Australia: 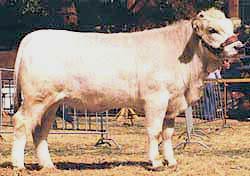 The author thanks the Romagnola Breeders’ Society of Australia for their help in preparing this Agfact.