In Spring 2020, 240 cross bred yearling steers sourced from across the north coast were used to test the efficacy of some commercially available worm control products. 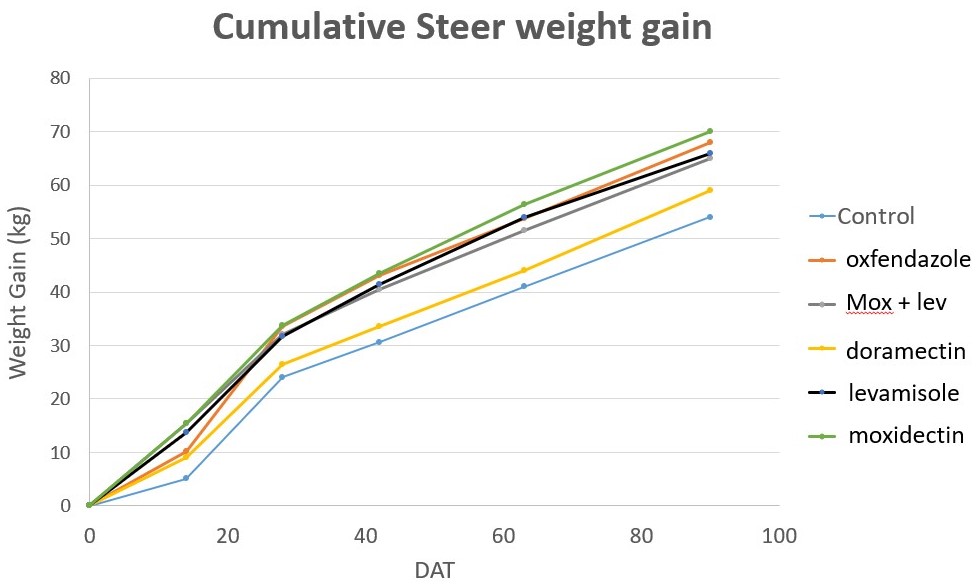 The steers averaged 305kg LWT at the start of the trial and were allocated to one of 6 x 40 head treatment groups. Steers were weighed 6 times over the course of the trial, while faecal samples were collected 5 times, from 15 animals in each treatment group, to monitor worm egg counts and species.

The steers remained as a single herd up until day 0 (treatment day). Treatment groups were then separated for 3 days to prevent the pour on products being licked by other steers and were then run as a single mob for the duration of the trial. Steers rotationally grazed tropical pastures (paspalum, setaria, carpet grass) oversown with ryegrass.

Steer weight gain averaged 1.4kg/hd/d prior to treatments being applied. This dropped to 0.9kg/hd/d at 14 days after treatment (DAT), most likely due to social dislocation of the mob as treatment groups were separated.

Worm burdens impacted weight gains during this time and the steers treated with doramectin pour-on and control (no worm treatment) were around 10kg lighter than others at 28 DAT (Figure 1).

The steers were infested with both Haemonchus and Cooperia, although infection levels varied among the steers. The doramectin and control treatments had higher Haemonchus WEC than the other treatments (Figure 2). This resistance pattern mirrored steer weight gain (Figure 1), suggesting that Haemonchus had the greatest impact on animal performance. 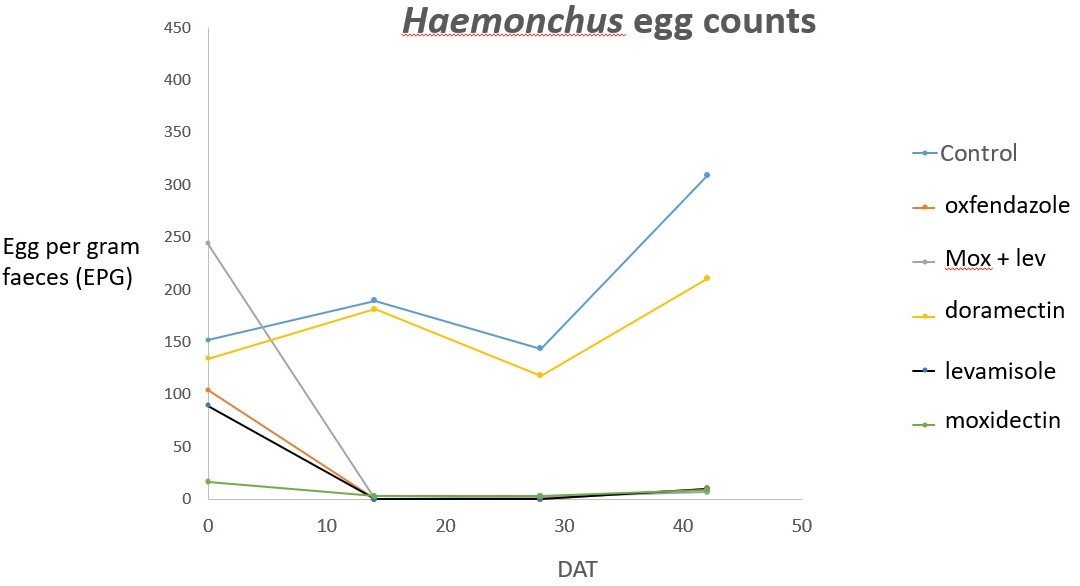