Research conducted at Wollongbar in spring 2002 looked at whether there is an optimum method of processing maize grain supplements for cows grazing ryegrass and prairie grass pastures.

Research conducted at Wollongbar Agricultural Institute during 1999 showed that feeding supplements based on coarsely rolled maize, as opposed to rolled barley, resulted in higher milk-fat and milk-protein concentrations when fed to cows grazing ryegrass and prairie grass pastures. There was a problem encountered during this experiment in that significant amounts of undigested maize grain were lost in dung.

Forty mature Holstein-Friesian cows grazing ryegrass and prairie grass pastures from early September to late October were fed maize-based concentrates (6 kg/cow/day), where the grain was processed in one of five ways: 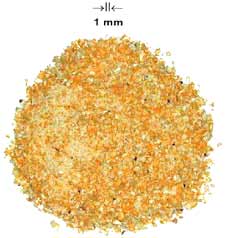 It should be noted that the low milk-fat concentration (2.80%) of cows fed fine-rolled maize would cause this milk to be downgraded to second class on some payment schemes. However, in an all-year calving herd, this should not be an issue, as late-lactation cows would have higher milk-fat concentrations. This would keep vat milk-fat levels above 3.0%.

In terms of electricity, there is about 5 kilowatt hours difference (or about 40c) per tonne between the different types of processing used here, for example in the change from coarse rolling to fine rolling. Although dependent on mill capacity, it usually takes a longer time to process grain more finely, so there may also be changes to labour costs.

The results of this experiment show that in order to maximise milk yields of early-lactation cows fed a maize grain and ryegrass / prairie grass diet, then:

The financial support of the Far North Coast Subregional Team of the Subtropical Dairy Program, and of Norco Ltd, is acknowledged.