Seasonal climate forecasts were found to improve the profitability of dryland cotton systems by between $0 and $517/ha by improving decisions about planting. 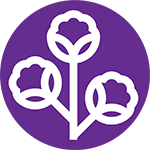 Case study at a glance: Cotton

Seasonal climate variability is a key source of year on year variability in farm profitability. Seasonal climate forecasts provide opportunities for farmers to better match farm decisions with upcoming climatic conditions. These forecasts can provide economic value if they change management decisions to capitalise on opportunities in good seasons or minimise losses in poor seasons.

While seasonal climate forecasts help manage production risks associated with climate variability, they do not remove the impact of a particular climatic event. For example, a skilful forecast can reduce uncertainty about drought occurrence, but drought influences productivity and profitability however well farmers are able to anticipate it.

An important management decision for dryland cotton growers is whether to leave the field for fallow or to plant cotton, and if planted, when and to what planting configuration. Planting earlier will lead to larger yields (due to a longer growing season) but there may be insufficient in-crop rainfall to support the crop. Later planting is likely to increase the chance of crop success but at potentially lower yields. Fallow for winter cropping may be more profitable if in-crop rainfall is low.

A skilful seasonal climate forecast may influence this decision due to the relationship between rainfall and cotton yield.

A case study cotton enterprise located at Bungunya in Queensland was used to test how a seasonal climate forecast could help growers make cotton planting decisions.

A decision model identified the most profitable of five planting strategies (plant in October or November to single or double skip or leave to fallow) with and without a climate forecast. Increasingly skilful climate forecasts provided greater levels of certainty about the occurrence of one of three climatic states (dry, average and wet), allowing growers to choose more profitable planting options.

While the value of seasonal climate forecasts increased as forecast skill improved, the relationship between skill and value was influenced by initial soil moisture, cotton price and whether sowing rains were received.

Important: The results for other sites, systems and decisions will differ from those in this case study. However, it is likely that the general findings around the circumstances for which forecast value was found will provide insights for the use and value of seasonal climate forecasts for cotton growers more generally.

When can seasonal climate forecasts have economic value?

For seasonal climate forecasts to have economic value:

Important: The results for other sites, systems and decisions will differ from those in this case study. However, it is likely that the general findings around the circumstances for which forecast value was found will provide insights for the use and value of seasonal climate forecasts for southern producers more generally.

This project is supported by funding from the Australian Government Department of Agriculture and Water Resources as part of its Rural R&D for Profit program. Western Australian Department of Primary Industries and Regional Development and University of Southern Queensland provided co-authorship.