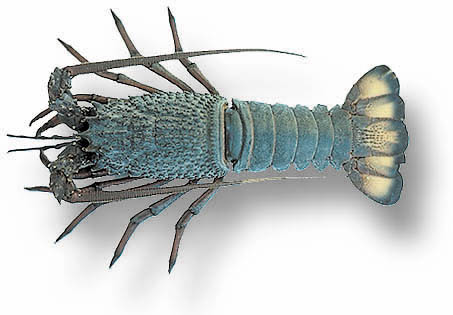 Distribution - Eastern Rock Lobsters inhabit the continental shelf along the east coast of Australia, from Tweed Heads in New South Wales, around Tasmania, through to Port MacDonnell in South Australia. They hide in holes and crevices around rocky areas and reefs, preferring vegetative cover such as weed/kelp.

Size - Maximum weight of 8kg and a carapace length of 26cm (1m including the antennas).

Characteristics - Eastern Rock Lobster have a green body and brownish-orange legs. Their abdominal segments are smooth and unsculptured on their dorsal surface. They generally move into deeper water in early winter, and return closer to the shoreline in late August.