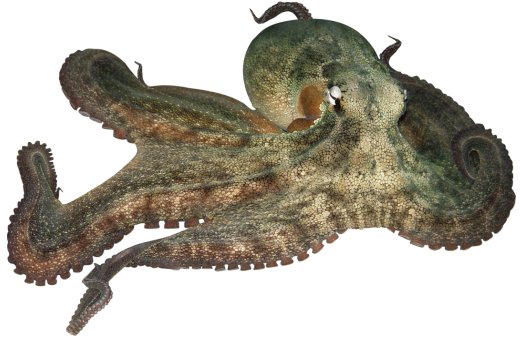 Distribution: Several species of octopus are found throughout NSW waters, from the shallow intertidal rock ledges to the deep offshore areas.

Characteristics: Octopi have 8 arms that create an umbrella shape around the central rounded head. Each arm has two rows of suckers and is 3 to 4 times longer than the body. The head has two large eyes and the octopus could be many different colours from a red to a pale grey, with or without mottling and with or without protrusions on its skin.