Tilapia are listed in the top 100 of the world’s worst introduced species.

On the 1st July the NSW Government implemented the new Biosecurity Act 2015 (the Act). Under this new legislation Tilapia are declared a notifiable species in NSW under Part 2, Schedule 1 of the Biosecurity Regulation 2017 (the Regulation). Under Clause 18 it is illegal to possess, buy, sell or move this pest in NSW. Heavy penalties apply for non-compliance. A further Clause 19 applies to this pest due to the aggressive nature and extent of the threat it poses to NSW native fauna and environment, this pest must be dispatched immediately and may not be returned to the water.

Tilapia pose a significant threat to native fish species and aquatic habitats of NSW. The greatest risk for the spread of Tilapia is by humans, whether deliberate or accidental - this means you can help stop the spread of this pest fish.

Why are Tilapia a risk to native fish and habitats?

Characteristics allow Tilapia to establish in new areas include:

Impacts Tilapia have on native fish and habitats include:

Where are Tilapia found in NSW and elsewhere in Australia?

In 2014, the first established population of Tilapia in NSW was confirmed at Cudgen Lake near Cabarita Beach on the NSW far north coast. The species is Oreochromis mossambicus (Mozambique Tilapia).

Three species of Tilapia - Mozambique Tilapia (Oreochromis mossambicus), Spotted Tilapia (Tilapia mariae) and Redbelly Tilapia (Tilapia zillii) - have established successful breeding populations at several sites in Queensland, Victoria and Western Australia. Populations of Mozambique Tilapia within southern Queensland are as little as 3 km from the Murray-Darling Basin (MDB). Tilapia pose a significant threat to the native fish of the MDB. For more information on the distribution of Tilapia in Australia, see Species of Tilapia found in Australian waters.

Where did Tilapia come from?

Tilapia are native to warm, fresh and brackish waters of Africa, South and Central America, southern India and Sri Lanka. Tilapia were historically imported to be kept as aquarium fish. Due to the significant risk these fish pose to native fish and the environment they are now listed as a notifiable pest under NSW legislation meaning it is illegal to possess, sell or move Tilapia.

Under Biosecurity legislation, all community members in NSW have a general biosecurity duty to consider how actions, or in some cases lack of action, could have a negative impact on another person, business enterprise, animal or the environment. We must then take all reasonable and practical measures to prevent or minimise the potential impacts of pests and diseases.

How you can help stop the spread of Tilapia

Tilapia infestations are usually caused by people moving the fish between waterways. Help stop this spread with the following guidelines:

How to identify Tilapia 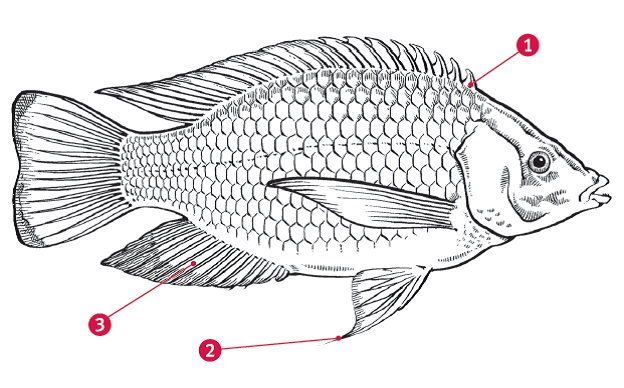 Other fish species that Tilapia are often confused with include: 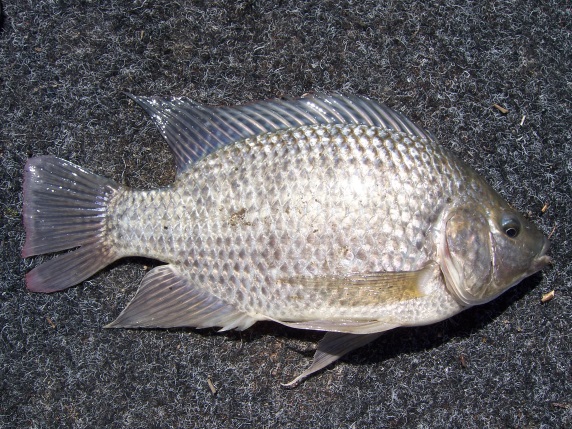 Of all the Tilapia species, the Mozambique Tilapia (Oreochromis mossambicus) has the most widely distributed feral populations in Australia. It is also the species of Tilapia most at risk of entering the Murray-Darling Basin, with populations as little as 3 km from this river system in southern Queensland.

Mozambique Tilapia can grow to more than 36 cm in length and live for up to 13 years. However, size varies according to environmental conditions, with poor conditions sometimes producing many small (but still mature) fish. 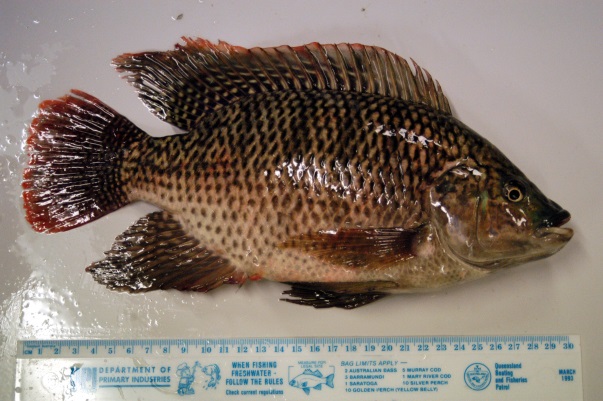 Tilapia can become sexually mature less than one year in ideal conditions. This equates to a fish around 15 cm long, although stunted fish can breed at 9 cm. Breeding males become very dark (almost black) with red edging on their fins.

After spawning, the female takes the eggs in her mouth, where they hatch - the fry remain in their mother's mouth for up to 14 days before they are released, and may remain near the mother and re-enter the mouth when threatened until about three weeks old, thus receiving protection from predators. This strategy is known as mouth brooding.

Mozambique Tilapia are hardy fish, tolerating a wide range of temperatures and surviving in high salinities and low dissolved oxygen. Consequently they have colonised a variety of habitats including reservoirs, lakes, ponds, rivers, creeks, drains, swamps and tidal creeks. They usually live in mud bottomed, well-vegetated areas, and are often seen in loose aggregations or small schools. 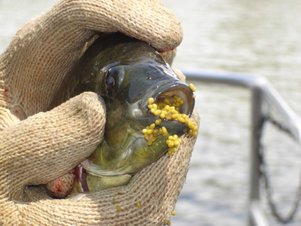 Mozambique Tilapia can protect eggs and larvae in their mouth for up to 14 days. Photo: Qld DAF

Spotted Tilapia (Tilapia mariae), also known as Black Mangrove Cichlids, are found in northern Queensland waters around the Cairns region. They have also established a self-sustaining population in the heated waters of the Hazelwood power station pondage near Morwell in Victoria.

Spotted Tilapia grow to around 30 cm in length. They become sexually mature at about 10 to 15 cm. They prefer to spawn on hard substrates (such as logs), which they clean beforehand. They do not build nests and are not mouth brooders, but the eggs and fry are carefully guarded by one or both parents. The parents continue to care for the young until they are about 2-3 cm.

Their diet consists mainly of plants, although it appears they also eat animals when there is limited aquatic vegetation available. Redbelly Tilapia (Tilapia zillii), also known as Zille’s cichlid, are another species considered to be a potential threat if introduced into NSW waterways. An outbreak of Redbelly Tilapia occurred near Perth in Western Australia in 1975, but was eradicated by the state fisheries department.

They are normally found in sheltered waters over rock, sand or mud, including shallow pools, lagoons and the margins of rivers. The major differences between Banded Grunter (Amniataba percoides), also known as Barred Grunter, and Tilapia include:

Please note that Banded Grunter are listed as notifiable in all waters of NSW. The major differences between Bream (Acanthopagrus spp.) and Tilapia include:

The major differences between Juvenile Silver Perch and Tilapia include: