In March 2010 a suspected incursion of the invasive colonial sea squirt Didemnum vexillum was reported in Twofold Bay by divers undertaking an annual marine biota monitoring program survey for the Department of Defence. During this survey divers identified what they suspected to be D. vexillum on 15 wharf pilings at low prevalence on the multi-purpose wharf. 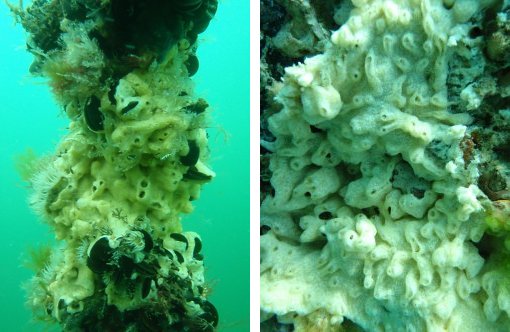 Sea squirts observed in Twofold Bay which were suspected to be the invasive Didemnum vexillum (Photos: Aquenal Pty Ltd)

Within days of the report, NSW DPI activated the NSW DPI Biosecurity First Response Team, which consists of staff trained specifically in emergency response, to coordinate and carry out NSW's response to the suspected marine pest emergency in Twofold Bay.

NSW DPI consulted with members of the national Consultative Committee on Marine Pest Emergencies throughout the response to seek technical advice and provide updates regarding the NSW investigation. NSW DPI actively consulted with key stakeholders during the response, including commercial fishing and aquaculture industries, charter boat operators, recreational boat owners, the local community and other NSW government agencies.

DPI issued several media releases and weekly newsletters to keep stakeholders informed of the situation and developed an advisory and awareness brochure to distribute in Twofold Bay. Local communications were distributed by staff from the NSW DPI Biosecurity First Response Team with assistance from the Sapphire Coast Marine Discovery Centre at Eden.

NSW DPI immediately initiated an investigation by organising delimitation surveys to investigate the distribution and prevalence of the suspect invasive exotic sea squirt in Twofold Bay as well as in surrounding waterways which may have been at risk. NSW DPI contracted the dive team that originally reported the suspected incursion to continue to survey other areas in Twofold Bay. Subsequent delimitation surveys were then conducted by NSW DPI Aquatic Ecosystems research divers in other south coast waterways that were considered 'at risk' of possible incursion of this pest from shipping/boating movements from Twofold Bay. Extensive delimitation surveys in Twofold Bay included the investigation of wharf pilings, moorings, boats and mussel lines as well as areas of rocky reef.  Suspect specimens were collected from all survey locations and were sent to both national and international experts for taxonomic and genetic identification. 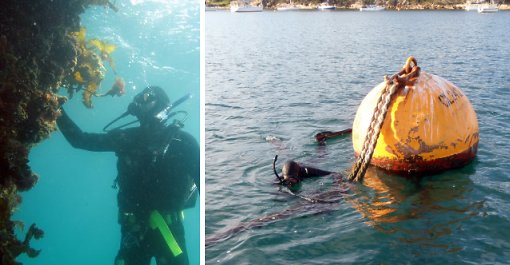 The main vector for D. vexillum is as biofouling on the hulls of vessels. To minimise the risk of further spread of the suspected invasive marine pest while its identity was being investigated, NSW DPI implemented a Quarantine Order to the whole of Twofold Bay. Movement controls restricted  vessels and equipment leaving the quarantine area for other Australian ports south of latitude 32°S (Forster/Taree area), which was determined to be the potential range if the species was confirmed to be D. vexillum. The movement controls allowed most commercial and recreational boating activities to continue uninterrupted in Twofold Bay. The movement controls were based on the assessed level of risk and were supported by other risk minimisation controls such as the National Biofouling Guidelines.

A movement inquiries phone hotline was set up so that boat owners could easily contact NSW DPI to discuss any controls that applied to their situation.
The response moved to stand-down mode on 14 May 2010 and the Quarantine Order was formally revoked on 21 May 2010. See 'Stand down to response' below for more details.

The NSW DPI Biosecurity First Response Team developed a potential control plan which involved the wrapping of wharf pylons in plastic, a method known to smother and kill invasive sea squirts based on the New Zealand experiences with this marine pest. The Control Plan was tested for feasibility at the Cronulla Fisheries Research Centre and the Team was prepared for immediate implementation of this plan if the species was confirmed to be an exotic invasive species. 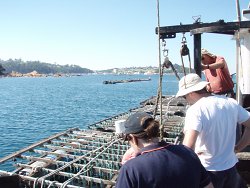 Identification of the suspect sea squirt

Over 100 samples of sea squirts from Twofold Bay and other south coast water bodies were carefully collected and preserved by NSW DPI research divers. These specimens were sent to national and international experts to undergo both taxonomic (morphological) and genetic (DNA) analysis to try to determine the identity or identities.

All available technical results from four independent laboratories were collated by NSW DPI research scientists and the results conclusively excluded the invasive species Didemnum vexillum from the samples collected from Twofold Bay.

A world taxonomic expert on identifying these sea squirts (based at the Queensland Museum) concluded that the majority of specimens collected were the native Didemnum patulum and a small number were found to be the native Didemnum incanum. However some specimens were identified only to the genus Didemnum (of which there are over 70 species in Australia). Nevertheless, NSW DPI scientists concluded that none of the sea squirts were invasive. As a result of these findings the Minister announced stand-down of the operation on 14 May 2010. 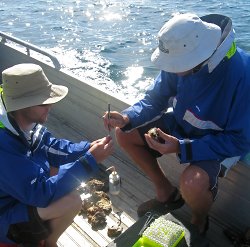 Even though the sea squirt in Twofold Bay was not a national pest of concern, the situation should serve as a reminder to all users of our precious marine waterways to follow recommended guidelines to help prevent the spread of marine pests. See National Biofouling Guidelines for more information.

NSW DPI researchers will continue to monitor suspicious sea squirts and other potential and known aquatic pests in NSW. Although most of the sea squirt samples collected from Twofold Bay were identified as the native D. patulum the identity of some specimens remains unknown, but they are known to belong to the Didemnum genus. This investigation has resulted in several different genetic sequences being documented for the first time, indicating there are several different species of very similar looking colonial sea squirts in Twofold Bay. However, monitoring has indicated that none of these sea squirts are recognised as pests or invasive.