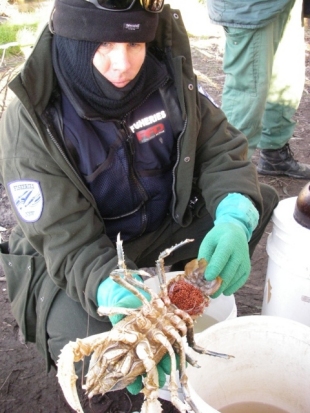 Over 24,000 fish and invertebrates seized including:

Over 4,600 items of fishing gear/equipment including:

Fisheries officers apprehended eight men and seized 460 abalone and six sets of dive gear during a four-day undercover operation at Ulladulla on the NSW south coast.

Two operations were run between December 2011 and January 2012 in the Illawarra/Shoalhaven area targeting unlawful intertidal rock platform collecting, possession of prohibited size and exceeding possession limits of recreational fishing species. A number of targeted patrols by vehicle, vessel and on foot were conducted leading to 346 fishers being checked. A total of 20 infringement notices and 21 written warnings were issued for range of offences including possession of prohibited size fish, exceeding possession limits, failing to have official receipt (fishing licence) in immediate possession and unlawfully using a net or trap for taking fish. A number of fish and items of fishing gear were seized.