Some of the characteristics of the White’s Seahorse are:

Colour is highly variable as the species is known to change colour depending on their mood and the habitat colouration it is living on. Male seahorses can be recognised by the presence of a pouch below the abdomen which is absent in females.

There are currently up to 31 syngnathids (seahorse, pipefish, pipehorse and seadragon), four solenostomids (ghostpipefish) and two species of pegasids (seamoths) that are known to exist in NSW waters. In addition to the White's seahorse, two other species are endemic to NSW: Coleman's Seahorse Hippocampus colemani and the Pygmy Pipehorse Idiotropiscis sp.

The White’s Seahorse is a medium-sized seahorse that grows to a maximum length of 16 cm (from the tip of the tail to the top of the seahorse crown). White’s Seahorse is endemic to the east coast of Australia. The species is named after John White, Surgeon General to the First Fleet, and is one of four species of seahorses known to occur in NSW waters. Favouring shallow-water estuarine habitats, it is currently known to occur in eight estuaries on the NSW Coast, but is most abundant in Port Stephens, Sydney Harbour and Port Hacking. Its northern limit is Hervey Bay in Queensland and it has been historically recorded as far south as St Georges Basin in NSW.

The White’s Seahorse is considered to be endemic to the waters of southern Queensland (Hervey Bay) to Sussex Inlet NSW where it can be found occurring in coastal embayments and estuaries. It is known to occur from depths of 1 m to 18 m. Habitats that are considered important habitat for the White’s Seahorse include natural habitats such as sponge gardens, seagrass meadows and soft corals. It is also known to use artificial habitats such as protective swimming net enclosures and jetty pylons.

In Port Stephens, adult White’s Seahorses show a preference for sponge, soft coral and Posidonia australis seagrass habitats. Juveniles prefer gorgonian fan habitats as well as sponges and soft corals. In the Sydney region they are most likely to be found occurring on the artificial protective swimming net habitats. 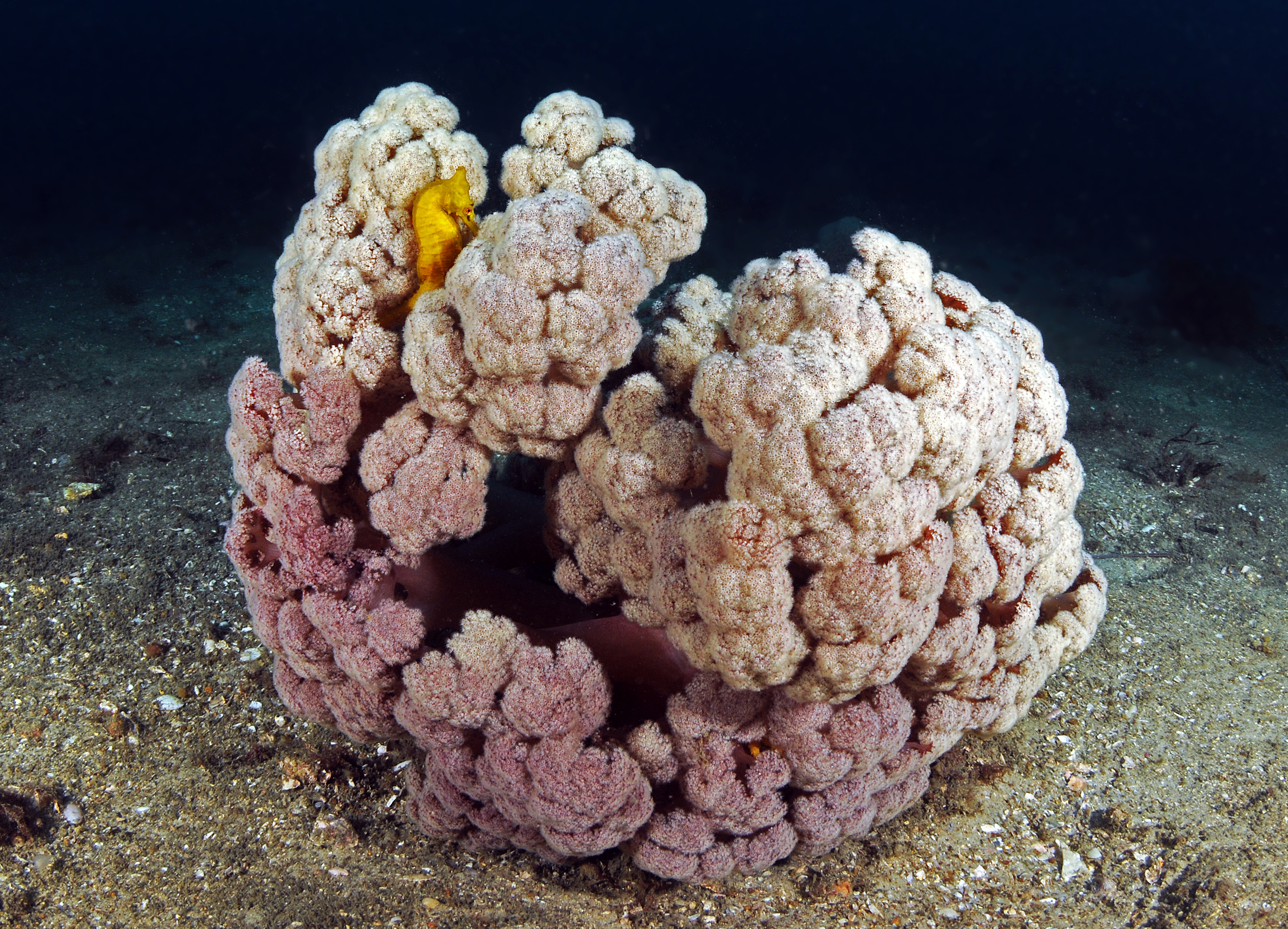 In the wild they are known to live for up to six years and the breeding season is from September to around February. They display long-term monogamy to their partners and the pregnancy period is about 3 weeks. The male seahorse gives birth to 100 – 250 babies and can reproduce up to 8 times during the breeding season.

Why is the White’s Seahorse threatened?

The primary cause for the decline in abundance of White’s Seahorse is the loss of natural habitats across their range in eastern Australia. The seahorses occur within coastal estuaries and embayments which are areas subject to population pressure.

Within Port Stephens, over 90% of the soft coral and sponge habitats have declined at sites where the seahorse used to be abundant. Habitats in Port Stephens have been destroyed through the installation of boat moorings, boat anchors and the inundation of habitat by sand movement.

Within Sydney Harbour, population pressure has caused their natural habitats to decline and, as a result the species is now predominantly found on man-made swimming nets within the harbour. These nets are periodically cleaned to remove the marine growth and repair the structural integrity of the nets which can lead to further displacement of seahorses and cause populations to dramatically decline. DPI Fisheries has been working with councils to develop practices which avoid damage to seahorses during net cleaning and repair. 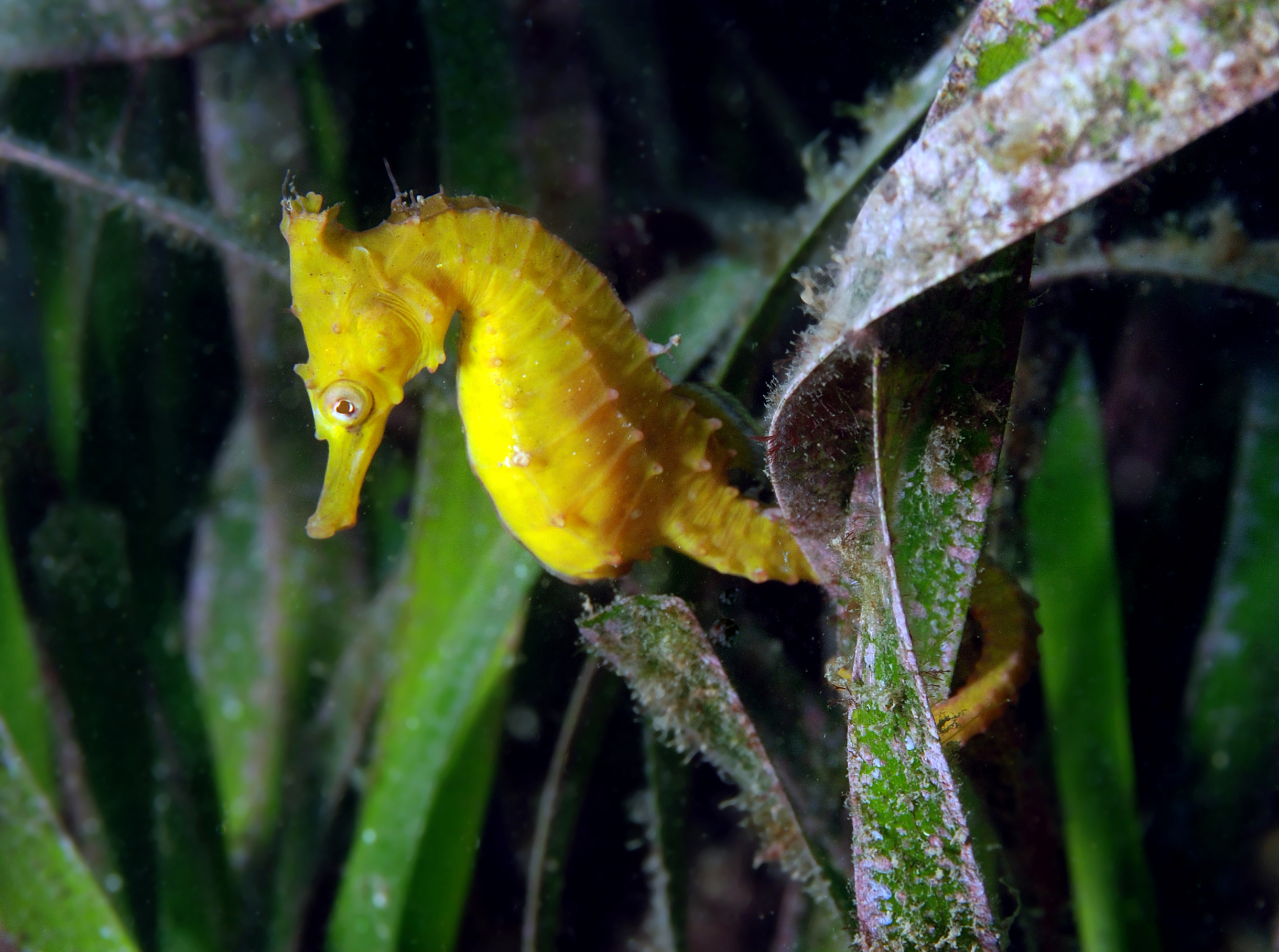 Watch a video on the White’s Seahorse Recovery Project DPI is working on in collaboration with SEA LIFE Sydney Aquarium, University of Technology Sydney and the Indigenous Gamay Rangers (3:04 mins)

Watch the next instalment of the project – Five star ‘seahorse hotels’ installed in Sydney Harbour  (1:14 mins)