Freshwater ecosystems are very vulnerable to invasion by aquatic pests and weeds. Since European settlement many non-native fish have been accidentally or deliberately introduced into NSW waterways, and have become widespread. Some native Australian fish have also been moved outside their natural range for recreational fishing enhancement or aquaculture.

How are freshwater pests introduced?

Some fish have been introduced deliberately, including Eastern Gambusia which were introduced in the early 20th century in a failed attempt to control mosquitoes, and trout which have a long history of stocking in NSW for recreational fisheries enhancement.

Other fish have been accidentally introduced, for example through the escape of ornamental or aquaculture fish (such as carp and goldfish), and the contamination of shipments of fish destined for fish stocking (e.g. banded grunter).

While most of these species have been in NSW for many decades, recently an increasing number of ornamental fish species have been found in the wild. Some may have escaped or may have been released accidentally, but it is likely that others were deliberately (illegally) let go by owners who no longer wanted them and were unaware of the consequences. Once they are in the wild, introduced fish can establish pest populations and can spread through a river system. In some cases, the spread of pests into new areas is assisted by people, either accidentally or deliberately.

What impacts do they have?

Some introduced species, most notably trout, are seen as having social and economic benefits for recreational fisheries and are actively maintained through stocking or other fisheries management actions.

However, other introduced species are considered pests as they can threaten NSW’s native fish species and environments by:

Pest species can also degrade recreational fisheries by proliferating at the expense of native fish and dominating the catch.

What can you do to help?

You can protect our waterways and native fish by helping stop the introduction and spread of pest fish into new areas.

Members of the public, including fishers, divers and members of local environmental groups are often the first to discover a new introduced non-native fish in the wild or that an existing pest has spread into a new area. This information can be very valuable in helping to manage pest problems.

Keep a lookout for suspected new pest fish in local waterways and if you suspect you have seen a freshwater pest please report it!

Under biosecurity legislation people are expected to have a basic level of knowledge about the biosecurity risks they might encounter. All community members have a general biosecurity duty to consider how actions, or in some cases lack of action could have a negative impact on another person, business enterprise, animal or the environment. We must then take all reasonable and practical measures to prevent or minimise the potential impacts. Please use the links below to find more information on measures you can take as a:

What is NSW DPI doing about freshwater pests?

On 1st July 2017, the NSW Government implemented the Biosecurity Act 2015 (the Act). Under this legislation there are 2 lists to help minimise the threat of Aquatic Pests and disease in NSW.

Schedule 2 of the Act lists prohibited matter. The species on this list are not currently found in NSW and are considered a major threat to NSW native fauna and environment. This means it is illegal to possess, buy, sell or move any aquatic pest (or disease) on this list  in NSW. Heavy penalties apply for non-compliance. In addition, NSW DPI has the power to seize and require the destruction of aquatic pests listed as prohibited matter.

Part 2 Schedule 1 of the Biosecurity Regulation 2017 lists the notifiable species in NSW. Under Section 18 of the Regulation it is illegal to possess, buy, sell or move notifiable aquatic pests in NSW. Heavy penalties apply for non-compliance.

NSW DPI has a program of survey, research, education, signage and, where possible, eradication of pest fish. Unfortunately, once pest fish become established in a waterway it is often extremely difficult, if not impossible, to remove them. Most eradication efforts have focused on pest fish which are restricted to a very small area, such as Speckled mosquitofish (Phalloceros caudimaculatus) at Long Reef in northern Sydney and Jack Dempsey cichlids (Cichlasoma octofasciatum) at Angourie on the NSW north coast.

The practice of introducing fish (including ‘native’ fish) into areas outside their natural range has been listed as a key threatening process under Schedule 6 of the Fisheries Management Act 1994. There are at least 14 introduced fish species established in the wild in NSW. This is quite a few considering that NSW only has around 55 native species. However, some of these introduced species are capable of greater impacts upon native fish species and ecosystems than others.

Many people are unaware of the damage done to our waterways by pest fish. Once pest fish have invaded a waterway and become established it is very difficult to remove them because they can spread through the whole river catchment. It is very important to prevent pest fish from being introduced into natural waterways in NSW, and from invading areas where they aren't already.

Get to know freshwater pests 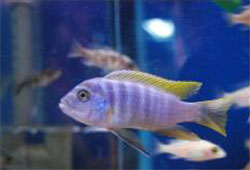 NSW Aquatic Pest and Disease Distribution
Check out our distribution map to learn about current pest and disease status of NSW catchments. 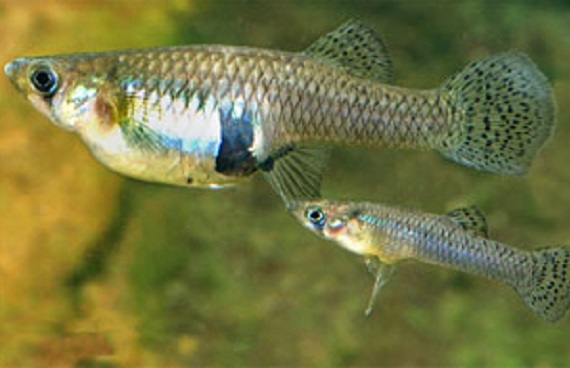 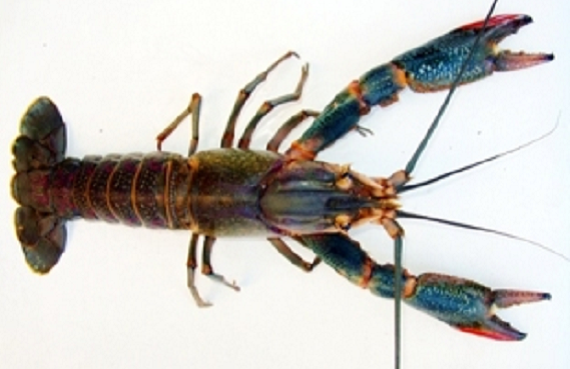