NSW DPI recently hosted a webinar on pasture dieback: 'Responding to the on-farm challenges of pasture dieback'. Links to the presentation recordings can be found below:

Pasture dieback is a condition that kills sown and native summer growing pastures. It starts as small patches and can spread to affect large areas. The grasses die allowing broadleaf weeds to colonise. Often groundcover in these areas is low. Pasture dieback is not limited by landscape or soil type. Livestock avoid grazing affected areas making them unproductive (Figure 1). 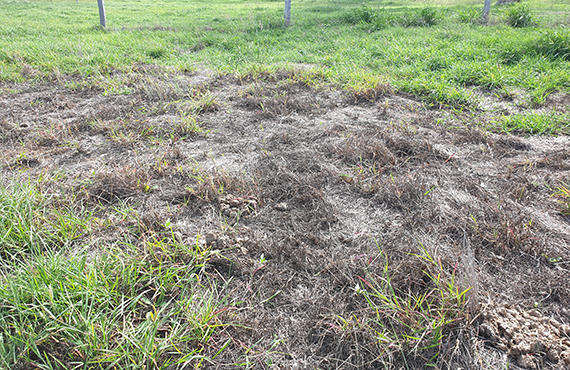 Symptoms are most evident when pastures are actively growing during spring, summer and autumn, especially following significant rainfall. Symptoms of pasture dieback include:

Many of the dieback plant symptoms can be caused by a range of other factors. Including: mineral deficiency, moisture stress, cold temperatures, herbicide damage, water logging and nematodes. It is important to eliminate these before assuming dieback. However a combination of symptoms, including a rapid increase of the affected area following significant rainfall are good indicators of pasture dieback. Species known to be affected include:

There are potentially more grass species that are affected.

Research to date indicates that pasture dieback is not caused by a single agent, but likely a complex interaction of multiple agents and factors. Research to identify the causal agents is continuing.

A number of techniques have been tested to control pasture dieback but to date, no successful methods have been identified that consistently restore long-term pasture productivity. Burning and cultivation have been found to provide short-term relief of symptoms only. Research is ongoing.

The death of pastures due to pasture dieback can lead to feed shortages, low ground cover and colonisation by weeds. Sowing alternative forages into these affected areas will provide valuable feed, as well as maintain ground cover to prevent erosion and provide competition for weeds.

Broad-leaf plants are not affected by pasture dieback. Legumes, herbs and brassicas are options that can be sown into dieback affected areas. Talk to your local advisor about which species and varieties are best suited to your situation.

Suggested sowing options and the susceptibility to pasture dieback are listed in the table below.

Pasture dieback can occur in both arable and non-arable landscapes. In areas which are too steep for machinery access or populated by trees, alternative strategies will be required. In some situations broadcasting seed may be an option. In areas where access is limited, regular grazing of the pasture could minimise spread of the condition into unaffected paddocks. In Queensland, some pastures have regenerated from the soil seedbank without intervention. Research is required in these situations to identify suitable solutions.

Put in place best practice biosecurity actions to prevent entry, establishment and spread of pasture dieback on your property: 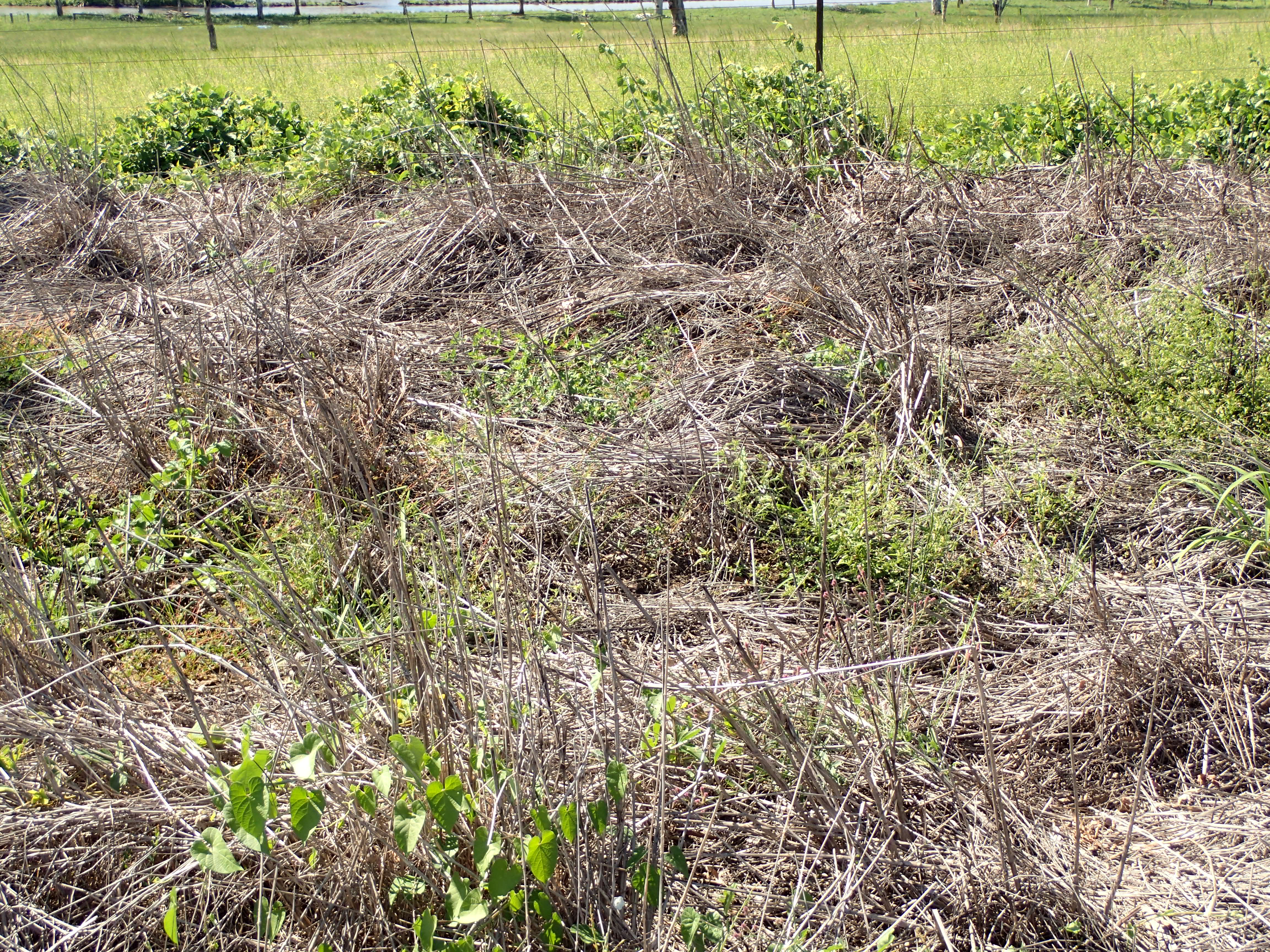