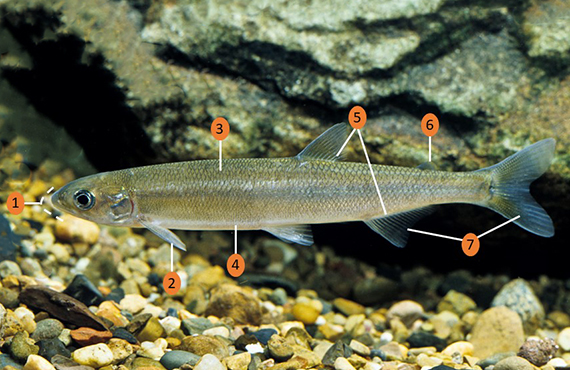 The Australian Grayling is distinguished by:

The Australian Grayling is endemic to south-eastern Australia, including Victoria, Tasmania and New South Wales. Rare fish are likely in South Australia. It was once abundant throughout its range but has declined in many areas since European settlement and is now generally patchily distributed. In NSW its most northern limit is now the Clyde River. Larvae migrate out to see for the first 4 – 6 months before migrating back to freshwater. In their freshwater phase they are found in moderate to fast flowing waters, such as glides or runs, during the day and slow-flowing waters at night.

Why is the Australian Grayling threatened?