In spring 2018, feed stocks are extremely low and this has forced producers and charities to seek hay and silage from anywhere in Australia that it is available. As a result, a lot of low quality fodder is being sourced because “Anything is better than nothing”. This factsheet includes information about their role in drought feeding.

Hay sourced from the NSW North Coast, Queensland and other northern areas are generally made from tropical grasses such as Rhodes grass, setaria, kikuyu, paspalum etc. They are lower quality compared to other hays that are made from cereal (wheat, oats, barley) and canola crops.

Tropical grasses only grow during late spring, summer and autumn so hay made during late winter and spring harvests the rank growth from previous years. This hay is typically light brown, very dry, has lots of stems, seedheads (but no seeds), few leaves and is very light.

While hay quality is on a sliding scale, any that is tested and has metabolisable energy less than 7.5M/D, crude protein less than 7% and digestibility less than 50% can be considered low quality.

The role of low quality roughage But they are NOT suitable for long term feeding to stock without the addition of some energy and protein sources such as those mentioned above.

Dry cows, heifers and steers can survive on low quality hay. They will likely be losing weight so it follows that if they are already skinny then they will soon run out of energy and can die. Adding grain, distillers dried grain, white cottonseed, protein meal or other concentrate can provide a suitable maintenance ration.

Even hungry stock will not readily eat low quality roughage- they will pick through it but mostly waste it. This is partly due to low palatability but also due to low digestibility (they are full). 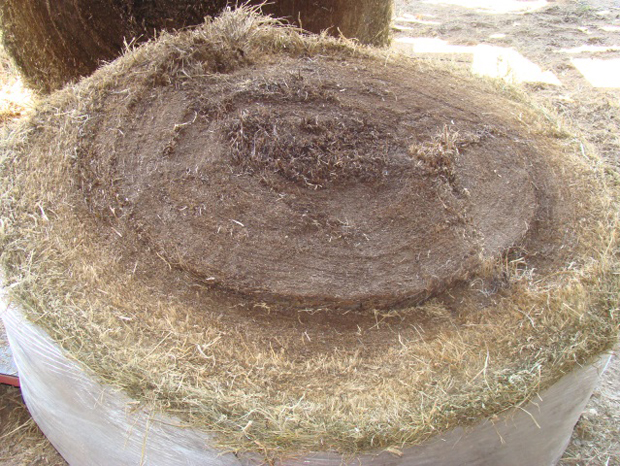 Hay is usually a more efficient purchased feed because it has around 10% water while silage has up to 60%. Silage must be remain sealed, to exclude air. Once the seal is broken, eg a hole in the plastic or the silage is opened, then it will start to heat and spoil.

Colour is an indicator of feed quality. A bright green colour indicates that the hay was preserved quickly, retaining as much feed value as possible.

Light brown or bleached hay indicates the forage was exposed to sun and may have lost feed quality unless it dried quickly. 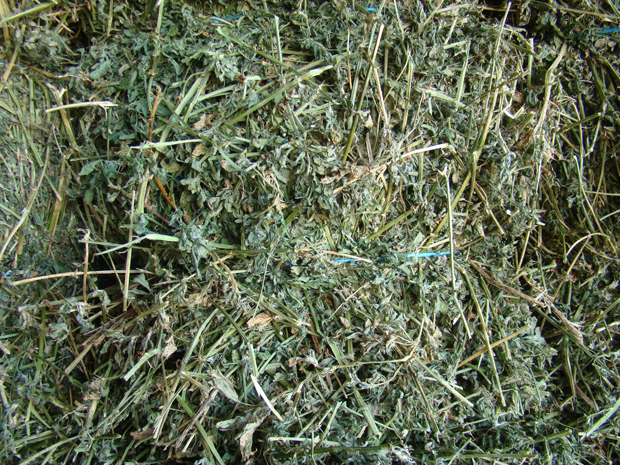 Smell is also an indicator of good hay or silage. Good hay will smell fresh and sweet while good silage has a sweet, acid smell.

Hay is notorious for spreading weed seeds and where possible, should be fed to stock in a confined area which can be checked in future. Silage fermentation can reduce the risk of spreading viable weed seed but this cannot be guaranteed.