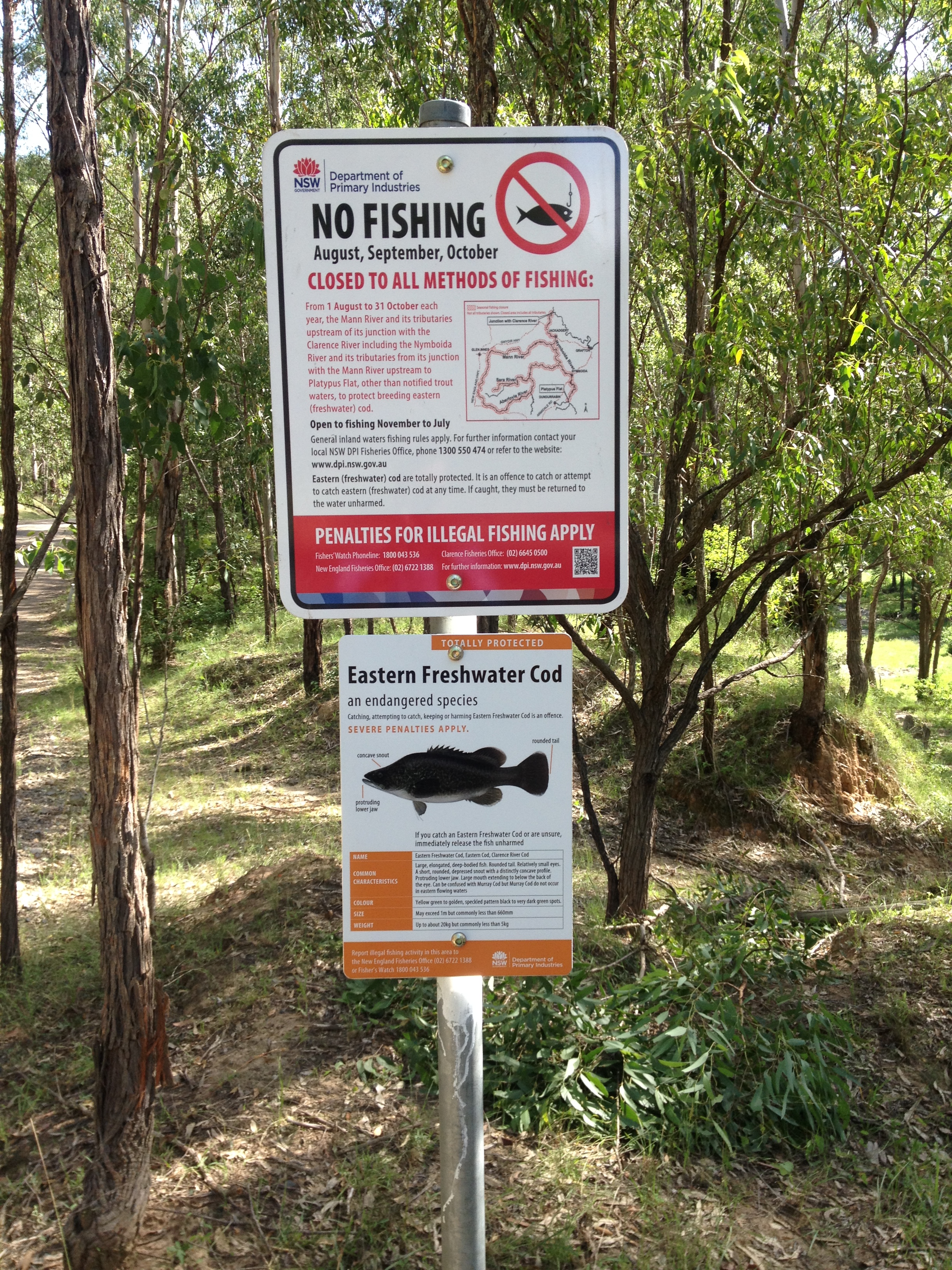 Anglers are reminded the annual three-month fishing closure of the Mann and Nymboida Rivers and their tributaries comes into effect today, 1 August.

Department of Primary Industries (DPI) District Fisheries Officer, Mr Joe Wright said all fishing in the specified area is prohibited from 1 August through to 31 October 2017, to enable the endangered Eastern Freshwater Cod to spawn uninterrupted during its breeding season.

“The Mann and Nymboida rivers are the last remaining stronghold for this endangered species,” Mr Wright said.

“During the spawning period both the male and female parent is particularly vulnerable to fishing activity, due to the fact that the brooding male fish aggressively guard their eggs and larvae from predators, until they are old enough to fend for themselves.

“There are a number of factors that threaten their long-term survival including loss of genetic variation, inbreeding, loss of instream habitat, removal of riverside vegetation, pollution, and of course fishing.

“That’s why the annual fishing closure period was declared – so that there is one less disruption that the Eastern Freshwater Cod have to contend with to ensure a successful spawning.”

junction with the Mann River upstream to Platypus Flat. The closure does not apply to notified trout waters, which are regulated separately.

Fisheries Officers from Inverell, Maclean and Coffs Harbour will be joining forces to conduct regular patrols of the closure area to detect and deter any illegal activity.

“It is prohibited to engage in any form of fishing activity or to possess any fishing gear in, on or adjacent to waterways that exist within the closure area,” Mr Wright said.

“Offenders, face on-the-spot fines of $500 with maximum penalties of up to $44,000 and/ or 6 months imprisonment upon prosecution.

“As a result of their endangered status, Eastern Freshwater Cod are totally protected throughout NSW regardless of where they may be found, and it is illegal to target, take or possess them at any time.”

People can report suspected illegal fishing activity to the Fishers Watch phoneline on 1800 043 536 or report it online.