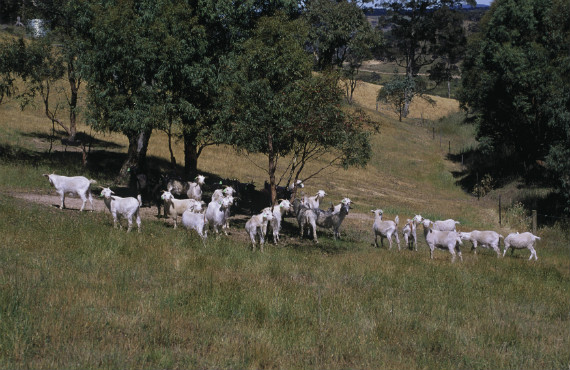 Eagerly awaited goat industry data in a report analysing rangeland goat population figures shows numbers have declined from a record high of 5.7 million in 2016 to 3.4 million in 2017.

The NSW Department of Primary Industries (DPI) report, based on figures from the Office of Environment and Heritage (OEH) 2017 aerial survey of central and western NSW, confirms goat industry observations on the ground.

“From my observations I expected numbers to be down by 20 or 30 percent, so I wasn’t surprised,” Mr Gates said.

“On a positive note, NSW DPI is working closely with industry and these results build goat industry confidence in the data collection, which is used by the newly-formed Goat Industry Forecasting Committee.”

“Digital technology has replaced pen and paper – in 2016 we updated the system used since goats surveys began in 1992 with modern survey design,” he said.

“We are confident the new methods are reliable, OEH data collection is of a high standard and results are accurate with greater precision in indicating population changes.”

Dr McLeod said the reason for the population decline is unclear and further work was needed to build a better understanding of goat population dynamics and factors influencing changes.

“Dry seasonal conditions and the unprecedented high goat population in 2016 could help explain the population decline this year,” he said.

“We had reports of poor reproduction in sheep and goat herds and the results may be influenced by goat paddock distribution, stocking rates and the timing of large, efficient goat harvesting operations in the survey zone.

In 2018, a program of continuous improvement will boost safety in conducting aerial surveys by using block patterns rather than long transects, which may also allow scientists to better investigate how goat management factors may influence survey counts.