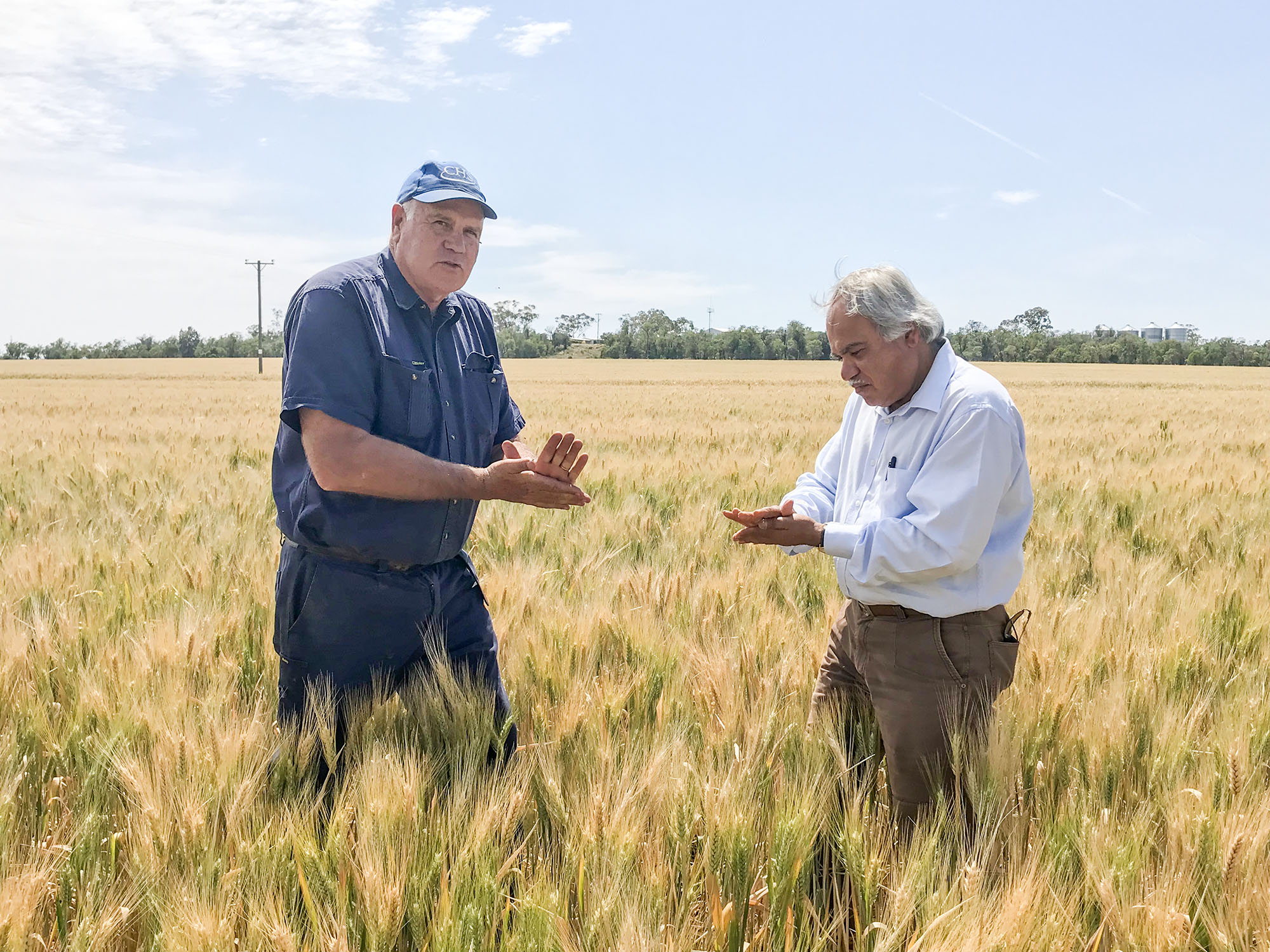 DBA Bindaroi was released for commercial production in 2017 as a high yielding durum variety for dryland production in NSW and Queensland.

“To achieve DR1 grade at the silo, durum grain needs to meet specifications for protein content of 13% or above, over 80% hard vitreous kernels, and screenings below 5%.

Gurley growers, Phil, Brad and Peter Jackson, grew a seed crop of DBA Bindaroi at their property, ‘Koreen’, in a paddock planted to canola in 2016 and were delighted with the results.

“It was one of the best crops we have grown in a tough year,” said Phil Jackson.

“Although there was minimal in-crop rain, the figures speak for themselves, it produced 4.1 t/ha, 14% grain protein and 2% screenings.

“Also, we didn’t see any crown rot damage. I am very impressed.”

Narrabri grower, Tony Dampney, grew DBA Bindaroi in demonstration strips under irrigation on his property, ‘Mirrabooka’, just north of Narrabri. The paddock had been planted to sorghum in the previous season.

“The DBA Bindaroi looked good compared with our Caparoi crop, but unfortunately we didn’t get the opportunity to harvest the varieties separately because of stormy conditions during harvest,” he said.

Dr Kadkol said DBA Bindaroi has performed very well in the National Variety Trials (NVT) and yielded 5% better than Caparoi in a multi-year analysis of the NVT data.

“Performance in our internal DBA trials was similar, showing good grain quality and low screenings together with superior yield relative to Caparoi.

“While these crown rot ratings are an improvement over the older durum varieties, the level of resistance is still lower than bread wheats. Therefore, growers still need to exercise due care in following good rotations and selecting low crown rot inoculum paddocks using the PredictaB tests.” Dr Kadkol said.

DBA Bindaroi seed will be available through Seednet.