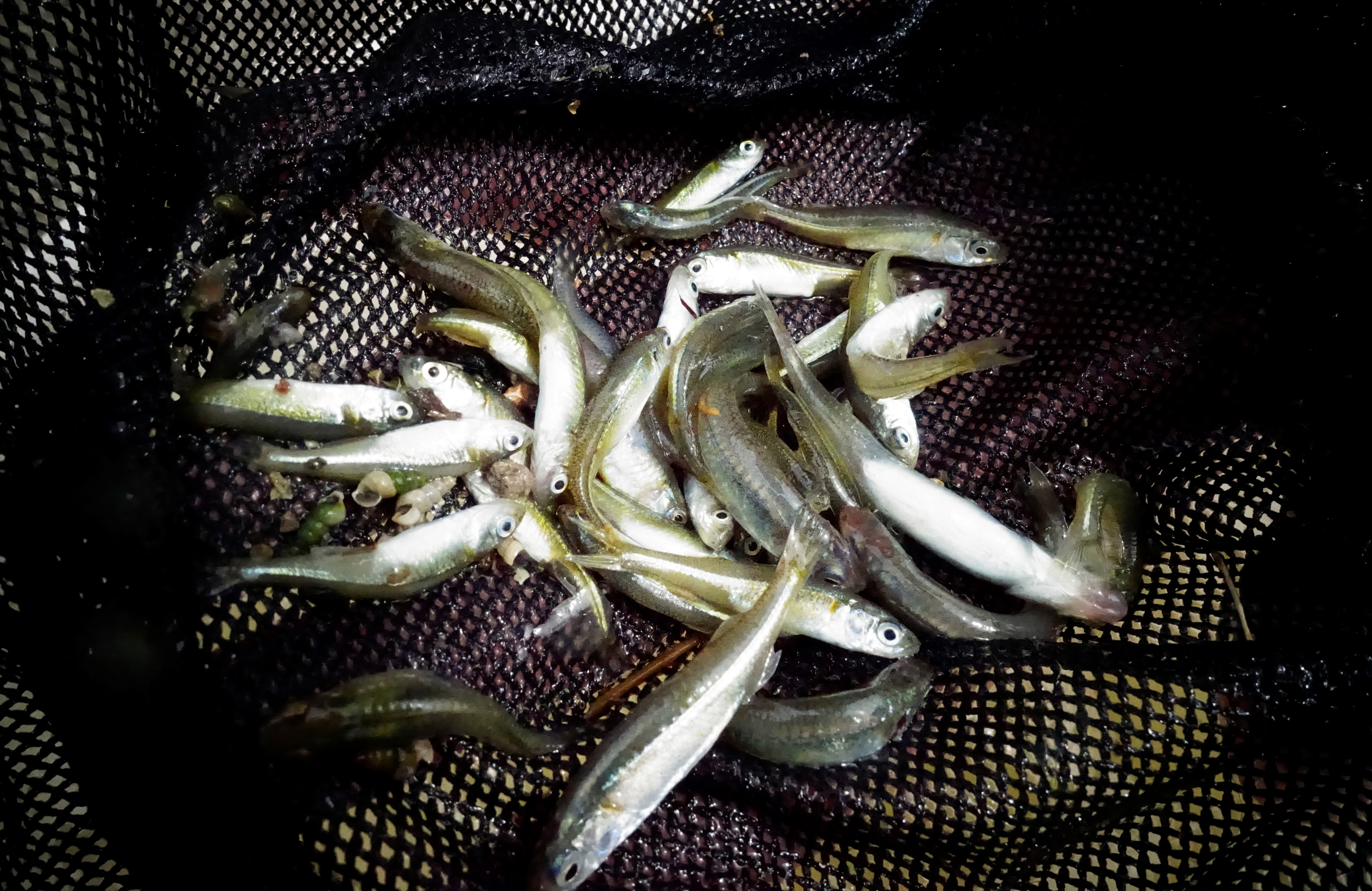 An endangered freshwater fish has made a return to River Murray waters in New South Wales for the first time in more than 10 years under a new project to help save it from extinction.

The Murray Hardyhead is a small fish (up to 9cm long) with an amazing ability to tolerate saline water. It has been listed as endangered since 1999 and has been considered extinct in NSW for more than a decade. It currently survives in just a handful of places in northern Victoria, and in the Riverland and Lower Lakes in South Australia.

But a new project has relocated a small population from South Australia’s Riverland to an environmentally-watered wetland in far western NSW.

The relocation is a joint project involving the Commonwealth Government, the NSW Department of Primary Industries Fisheries, Western Local Land Services, the SA Department of Environment and Water, Aquasave - Nature Glenelg Trust, the Murray Darling Wetlands Working Group, and the owners of the Wingillie Station in western NSW.

NSW DPI Senior Fisheries Manager Iain Ellis said work had been underway for several years to identify a suitable site at Little Frenchman’s Creek and then deliver water for the environment, to ensure the habitat was right for the relocation.

“While Murray Hardyhead have been successfully translocated in Victoria and South Australia in the past, this reintroduction to Little Frenchman’s Creek is the first time we’ve attempted to re-establish a locally extinct freshwater fish species to New South Wales,” he said.

The relocation site contains ideal habitat for Murray Hardyhead because it is already saline in nature and contains plenty of submerged structure in which they hide and breed, natural food sources and the capacity to easily deliver more (environmental) water if needed.

The Commonwealth Environmental Water Holder Ms Jody Swirepik said the provision of environmental water has been a key part of the project’s success.

“The return of the Murray Hardyhead to New South Wales waters is a great achievement and follows years of hard work by local landholders, community groups and agencies to create suitable conditions in the Little Frenchman’s Creek wetland on Wingillie Station. This is a great example of how water for the environment is targeted and used carefully to improve the health of our rivers,” Ms Swirepik said.

The Australia Government’s Threatened Species Commissioner Dr Sally Box congratulated the project managers for their hard work to find and prepare the new site and undertake the relocation.

“The reintroduction of Murray Hardyhead to New South Wales is a wonderful example of threatened species collaboration across states, agencies and community organisations such as the Murray Darling Wetlands Working Group,” Dr Box said.

Wingillie Station is owned by the Hazel L Henry Farmland Nature Refuges Trust, which has been working with the Murray Darling Wetlands Working Group and Commonwealth Environment Water Office for several years to improve the condition of the floodplain and wetland habitats across the station. The generous support and assistance from the Trust has been critical in the success of the project.

SA Department of Environment and Water Wetlands Project Officer Sam Hardy said he hoped the translocation would create a thriving new population which could be used to later re-introduce the fish to additional sites throughout the southern Murray Darling Basin.

“We are thrilled to be involved in this collaborative project and gladly agreed to assist with the supply of fish from our secure populations in the Riverland. This translocation will give Australia more insurance against the Murray Hardyhead becoming extinct,” he said.