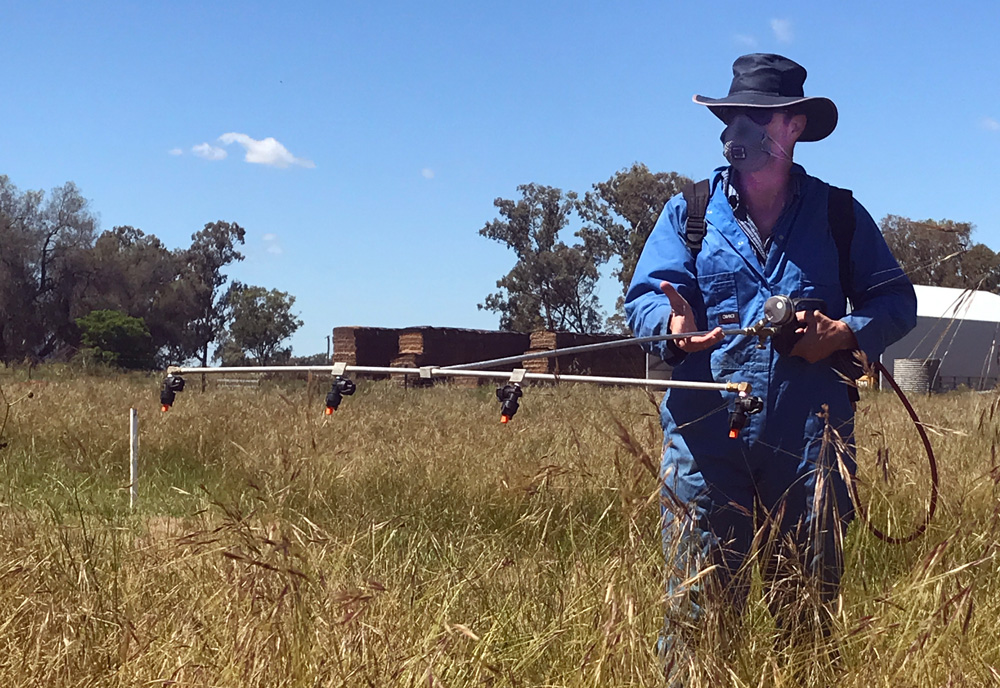 “The site was established in March this year to demonstrate the efficacy of herbicides against Chilean needle grass in grazed and non-grazed plots,” Mr Davidson said.

“Difficult to control, it produces many seeds, develops long-lived seed banks and forms dense tussocks up to one metre high in pastures, bushland and roadsides.

“We aim to achieve long-term control by stopping the weed from seeding and reducing the soil seed bank.”

The site is part of a NSW DPI priority project funded through NSW Government’s record $36.1 million investment in biosecurity.

Co-funded by the Centre for Invasive Species Solutions, the project has established best management weed demonstration sites for some of NSW’s worst weeds.

The second phase of the project, funded by the NSW and Australian Governments, will establish more than 20 adaptation sites on farms across NSW to help land managers control Chilean needle grass, African lovegrass and serrated tussock.

First identified in NSW in the early 1940s near Glen Innes, a major infestation of Chilean needle grass was found near Tamworth in the Reedy Creek catchment in 1996.