Biosecurity action to boot black knapweed out of NSW 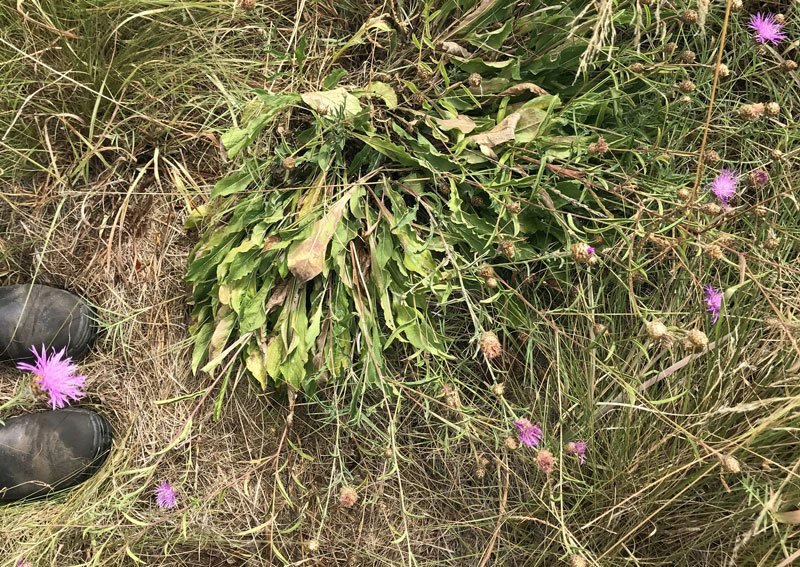 Next week a team of 30 NSW biosecurity specialists will trek across 350 hectares of land and along 12 kilometres of roads in Tenterfield to ensure black knapweed (Centaurea x moncktonii) is eradicated in NSW.

NSW Department of Primary Industries (DPI) State Priority Weeds coordinator, Nicola Dixon, said the weed, which was first found in NSW in 2019, will be the focus of a two-day operation from 30 November to 1 December.

“The team will focus downstream along Tenterfield and Pitkins Swamp Creeks and along roadsides up to five kilometres from the core infestation, to check any spread of the invasive weed by water or slashing.

“The operation aims to uncover and destroy any remnants of the weed, which has been managed since it was identified near Tenterfield during a flora survey in March 2019, before they flower and set seed this summer.

“Since treating the original infestations, no signs of the weed have been found in six of the eight known infested sites for more than 12 months.”

Black knapweed is a herb, which looks like a thistle without sharp spines on its leaves. Easily detected in 2019 due to drought conditions, plants may now be hidden under vegetation and waist-high grass.

Until 2019, NSW had remained free of black knapweed, which is difficult to control, produces chemicals to suppress nearby plants and invades pastures, crops and natural environments.

Black knapweed is listed as prohibited matter under the NSW Biosecurity Act 2015 and must be reported if found.

Ms Dixon said everyone can help to rid NSW of black knapweed.

“Learn how to spot black knapweed from NSW WeedWise and be on the lookout. If you think you’ve seen it, call the NSW DPI Biosecurity Helpline 1800 680 244 or your local council to identify and remove the weed,” she said.

“Farmers can check paddocks, crops, any fodder being brought onto their property and feeding areas, especially after rain.”