Test drivers give pilot weed tool a workout in Bathurst 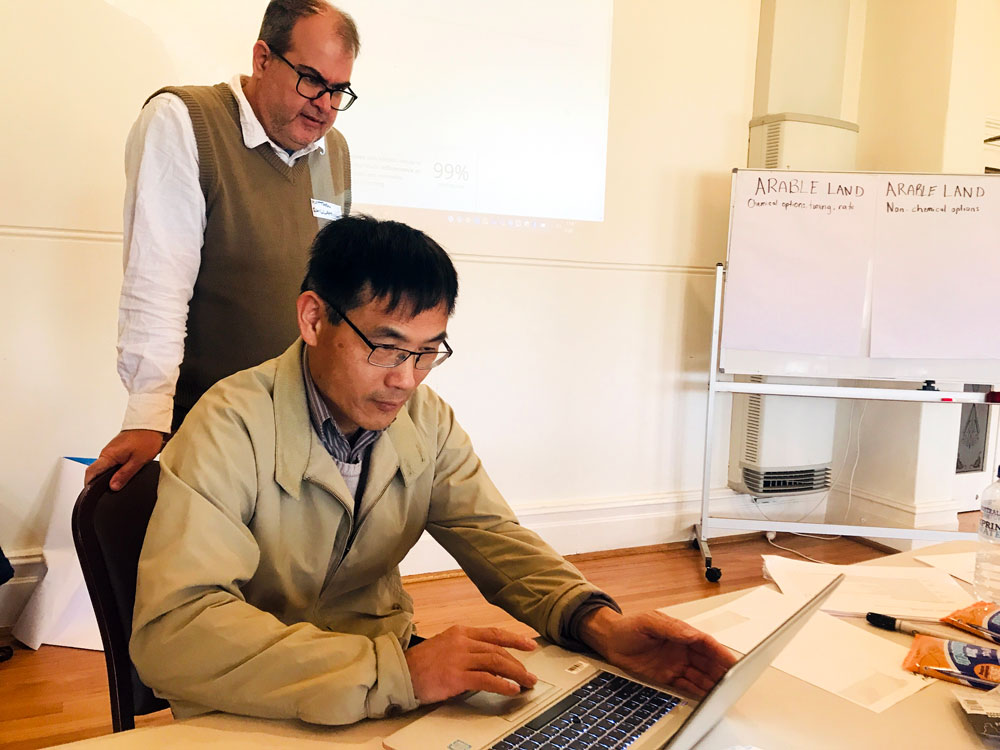 Bathurst locals were today some of the first test drivers of a prototype system, which aims to use artificial intelligence to identify priority weeds from users’ photographs.

Led by NSW Department of Primary Industries (DPI), WeedScan is being developed in partnership with the Centre for Invasive Species Solutions and CSIRO, Australia’s national science agency, to deliver a single countrywide system to identify, record and manage priority weeds.

“WeedScan is now being road tested by end users to provide feedback to the developers.

“The system will be subjected to rigorous field tests by farmers, community groups, agronomists, park rangers, weed managers and biosecurity specialists across

Australia before its planned release for free public use in mid-2023.”

Once up and running, any publicly accessible WeedScan records will be visible on maps which can be viewed and searched by users.

With the power of WeedScan at their fingertips, users will be able to quickly identify priority weeds without expert knowledge and gain easy access to best management practice information.

Users will be able to send priority weed records to biosecurity staff, who can work with them at an enterprise level or as part of a local community network to better manage weeds.

The artificial intelligence model is being trained by CSIRO to recognise 300 priority weed species.