Cowra Agricultural Research and Advisory Station is located on 305 hectares of red-brown earth in the central western slopes of NSW. The site has been recognised as the Centre for Red Meat and Sheep Development. It has a long and impressive research record in the improvement of the Australian sheep meat industry. Recent activities have focussed on developing improvements in genetics, meat quality, nutrition, reproduction, lamb survival and market development.

Plant Breeders throughout Australia have used this reliable rainfall site for over 100 years to undertake the detailed assessment of new selections and ultimately their inclusion in on-site national variety trials. Large scale crop and pasture management demonstrations are undertaken to extend the latest technology to the local farming community.

Situated 3km from Cowra on the northern town boundary, the research and advisory station is located on 305 hectares of undulating arable and grazing country. A further 70ha is leased from the adjoining Department of Natural Resources.

The eight professional and their six support staff and postgraduate students are accommodated in a modern office complex located in landscaped grounds on the property. Access to the latest communication and computing technologies are available, as are functional library, meeting and amenity facilities.  A large cluster of historical buildings dating back to the early 20th century provide accommodation for four farm staff and their modern farming and livestock handling equipment.

The laboratory has recently undergone an external assessment and audit by NCSI for AS/NZSISO 9001:2000 Quality Management Systems.  As a result, the laboratory has now gained internationally recognised certification. The laboratory is currently working towards broadening the scope of the ISO accreditation to include other testing procedures.

The JT Pridham Conference Centre was opened during centenary celebrations in 2003. This modern 80 seat facility has been developed within the fully restored barn built for local plant breeders in 1907. It provides meeting, workshop, training and conference facilities for local and visiting departmental staff and all agricultural related organisations.

Meat science is a principal area of research at Cowra that currently focuses on:

Current Cowra-based agronomy research and development projects include the following:

The work of The Cowra Research Station is both nationally and internationally recognised and has a track record of securing external funding for research and development and for a high publication rate. Not only has this enhanced Australia’s reputation for research in the field of agricultural science, it has more specifically enhanced the reputation of NSW DPI and provided a platform from which to transfer the findings to industry.

The station has an extension team of 5 professional staff based at Cowra. Extension staff promote industry and export development by working with industry to improve the sustainability and profitability of the agricultural sector. 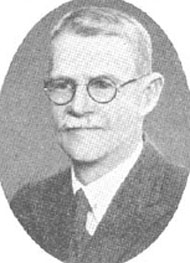 William Farrer is regarded as the Father of the Australian wheat industry. He had very strong views on how Research Farms could be best used to help farmers develop agriculture in NSW.  He was instrumental in the formation of the new “Experiment Farm” at Cowra in 1903, where he could conduct his wheat breeding trials unencumbered by others.

In 1911, after studying under Farrer, John Pridham came to Cowra as a Plant Breeder for the Department.  He continued Farrer’s work in the improvement of wheat, producing strains with better disease resistance and baking quality.  Early in his career Pridham felt that the advances in wheat improvement could also be applied to oats, making them better adapted to the drier wheat belt conditions.   He believed that by moving away from one crop farming and using oats as an alternative to wheat, the sustainability of western farming could be improved.  He also carried out pioneering work with barley.

Pridham’s legacy is continued by many other plant breeders who use Cowra as a base for their work. The refurbished J.T Pridham Conference Center (circa1910) is named in his honor.

In 1913, J. Wrenford Mathews initiated a large-scale program to evaluate various breeds and crosses of sheep for prime lamb production. This was the start of a long and continuing association between the then Cowra Experiment Farm and the prime lamb industry. Mathews's program was the first in Australia to show the superior prime lamb production from the Border Leicester x Merino ewe when crossed with the Dorset Horn ram.

Early in the Station's history it was also a practical agricultural training centre. A large building was constructed in 1910 to accommodate and instruct young English boys brought to Australia under the 'Dreadnought' scheme.

For the period 1911 to 1938, 1246 students passed through various training schemes. Later, many young Australian men and women gained training and experience in agriculture at Cowra. During World War II part of the building was used to house the Women’s Land Army.

Much of the history is covered in the book 'A patch of Common' published in the 2003 (available on request).

The township of Cowra is situated at the upper reaches of the Lachlan River in the Central Slopes region of New South Wales.

The area enjoys a Mediterranean-type climate, with an average annual rainfall of 625mm. Summer temperatures are warm to hot, with a mean maximum of around 30oC [86oF] whilst maximum winter temperatures reach 14oC [57.2oF]. Frosts generally occur between May and September.

Soils are mainly derived from granite and sedimentary rocks (shale, mudstone) but in many cases are colluvium or alluvial and bear little association with adjacent rock types. The predominant soil type is red-brown earth and this has good productivity under sound management.

An interactive map is usually displayed here.  The browser you are using either does not support interactive maps or has javascript turned off. You may  need to upgrade your browser or turn javascript on to access this map.