Dutton Trout Hatchery is located on 10 acres along the beautiful Serpentine River, just 75km east of Armidale and 125km west of Coffs Harbour. The hatchery is one of two NSW Government facilities for breeding and rearing premier cold water sport fish. It has operated for over fifty years due to the NSW Government’s commitment to recreational angling and the growing popularity of trout fishing.

Dutton produces two fish species: Rainbow Trout and Brown Trout. The fish are bred from hatchery broodstock and grown out to fry (small fish), when they are released into selected cold water public rivers and lakes of NSW. Both rainbow and brown trout are bred for release into public waterways in the New England and Central Tablelands and Southern Highlands with 2 million fish bred annually. Trout may be caught in the wild on flies, lures and baits.

In addition to producing stock for recreational fishers and the aquaculture industry, the hatchery provides community and tourist education and local employment. The site provides educational tours for school groups and the general public; including, fishing clinics and promoting freshwater fishing.

Rainbow Trout broodstock are kept at the hatchery for most of the year in earth brood ponds. The fish are used to breed over two million Rainbow Trout and Brown Trout fry annually.

Ova (eggs) are obtained from female fish, and milt (semen) is taken from males - this process is known as ‘stripping’ and takes place under anaesthetic. The eggs and milt are mixed and fertilisation of the eggs occurs immediately. The eggs hatch into alevins within six weeks. 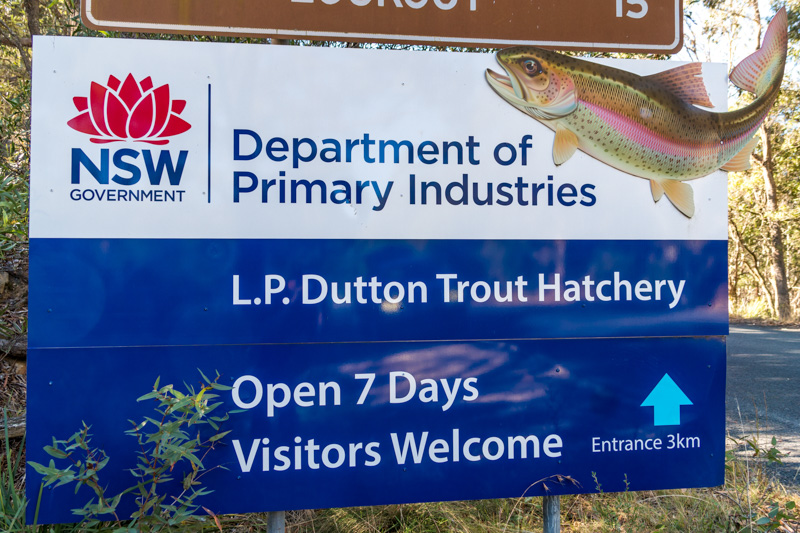 Officially opened in 1952, the hatchery has been breeding freshwater species for over 68 years. Research at the hatchery is primarily focused on rainbow and brown trout stocking in NSW. The hatchery has a range of research, education, farming and community resources. Located in the Northern Tablelands NSW, the hatchery experiences a warm and temperate climate.