Yanco Agricultural Institute, NSW DPI’s Centre of Excellence for Sustainable Rice and Horticulture, is located between Leeton and Narrandera in the Murrumbidgee Irrigation Area. The National Vegetable Industry Centre and the Murrumbidgee Rural Studies Centre are both located at the Institute.

The Institute covers an area of 813 hectares of mixed irrigation and dryland farming country, and is primarily used for research on the efficient and sustainable production of rice, wheat, lucerne, citrus, vegetables, and various organic crops. Research is concentrated on crops grown under irrigation. Rice physiology and entomology trials are conducted at the Institute, however the rice breeding program is concentrated at Leeton Field Station, a separate 242 hectare irrigation property located 7 km west of the Institute.

Ninety-five people are employed at the Institute, covering a range of functions including research, extension, education, regulation, forest management, farm operations and administration.

The Institute’s campus covers an area of about 20 hectares and includes a wide range of buildings to meet the needs of all activities on the site. Yanco Agricultural Institute has extensive modern facilities for research and education. 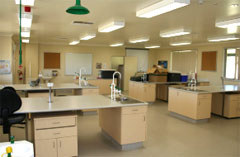 Farming activities at the Institute and at Leeton Field Station are aimed towards providing high quality resources for field research. When areas are not required for research, commercial farming is conducted to provide income to maintain and improve the resources of the farms. A full farming plant is maintained and has been steadily upgraded over the last 10 years.

Typical crops grown include wheat, oats, and barley, and lucerne-based pastures are maintained between cropping phases. Wool, prime lambs, and cattle suitable for feedlot entry are the mainstays of the livestock enterprises. These can be utilised, or numbers/types adjusted at any time to suit any required research activities. 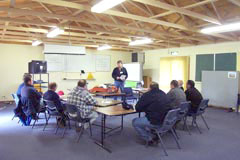 The Yanco Campus of Tocal College has been offering quality short courses to primary producers and small farm owners since 1986.   The College's ability to offer accredited training based on the most up-to-date information stems from our relationship with NSW DPI research, extension staff and the expansive resources and sites available to us for training purposes.

Australia’s only rice breeding program is based at Yanco Agricultural Institute (YAI), and is focused on producing high-yielding temperate japonica rice varieties suited to local agronomic conditions and industry markets. At the National Vegetable Industry Centre research is conducted on pest, disease and irrigation management of field-grown vegetables.

A 6.4 ha site at the institute has been developed for organic crop production. The site achieved dual certification by Australian Certified Organic (ACO) and the National Association of Sustainable Agriculture Australia (NASAA) in 2000, and is used for demonstration crops and research into organic farming techniques which

aim to achieve a reduced reliance on artificial pesticides and fertilisers. 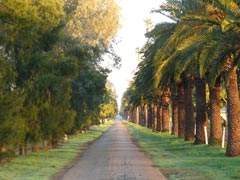 In 1942 the Riverina Welfare farm ceased operation and the boys were transferred to Gosford. The property then became POW Camp 15, which eventually held over 700 Italian prisoners of war. The farm was still managed by the Department of Agriculture and the prisoners grew vegetables to assist the Allied war effort. The property was handed back to the Department of Agriculture in 1947.

The Murrumbidgee Rural Studies Centre took over the short courses previously offered by Murrumbidgee College of Agriculture, and it continues to provide a wide range of courses to farmers, consultants and other members of the community.

Yanco Agricultural Institute is situated in northern Riverina of NSW at an elevation of 136m and is suited for temperate horticultural production.  Temperature can range from a minimum of -3ºC in winter to a maximum of 42ºC in summer with an average rainfall of 433mm.

YAI has 1068 ha of agricultural land with a wide range of soil types from grey self-mulching clays to light sandy soils. Irrigation requirements are supplied from the Burrinjuck and Blowering dams via the Murrumbidgee river and an extensive canal system.