The Southern Multi-breed Project (the “Project”) is a jointly funded collaborative research initiative between the NSW Department of Primary Industries (NSW DPI), the University of New England (UNE) and Meat & Livestock Australia (MLA) under the MLA Donor Company Scheme.

NSW DPI, along with its research unit the Animal Breeding and Genetic Unit (AGBU), has assumed responsibility for defining the key research parameters, project design and execution as well as direct responsibility for operational management of the research herd.

The primary aim of the Project is two-fold:

While the five research herds will be world leading BREEDPLAN recorded herds, farm management must reflect best practice commercial reality for the respective geographical locations in which the Project is being conducted.

This approach is intended to reflect commercial variability in traits of interest, particularly female fertility traits. This may mean that some levels of performance are not fully consistent with a commercial approach but are necessary to meet Project objectives.

It will also develop a multi-breed resource population to collect high quality, hard to measure traits (i.e. new descriptors of female fertility, health, welfare etc.) that currently do not contribute to the routine BREEDPLAN genetic evaluation in most breeds.

The Project will also aim to genotype all animals in the Project. These animals will be highly recorded for current BREEDPLAN and novel traits to enhance the capacity for breeds within the Project to use genomic evaluations. This is a collaborative project conducted by NSW DPI and NT LLS and comprises 35 teams of wethers. These animals were randomly selected from participants in spring 2018. The 350 head are grazed as a single mob. Analysing the relative performance of commonly used merino bloodlines has been a key function within NSW DPI for many years. Wether trials conducted across various locations within NSW have generated data from a variety of bloodlines in differing environmental conditions. Wether trials have been conducted at the GIARAS since 1979 and have continued to provide detailed information to Northern Tableland wool producers about the performance of a variety of bloodlines. This has and will continue to allow producers to inspect and monitor bloodlines to inform them of potential options prior to investing significant funds into a bloodline that may not perform to their expectation in this region. 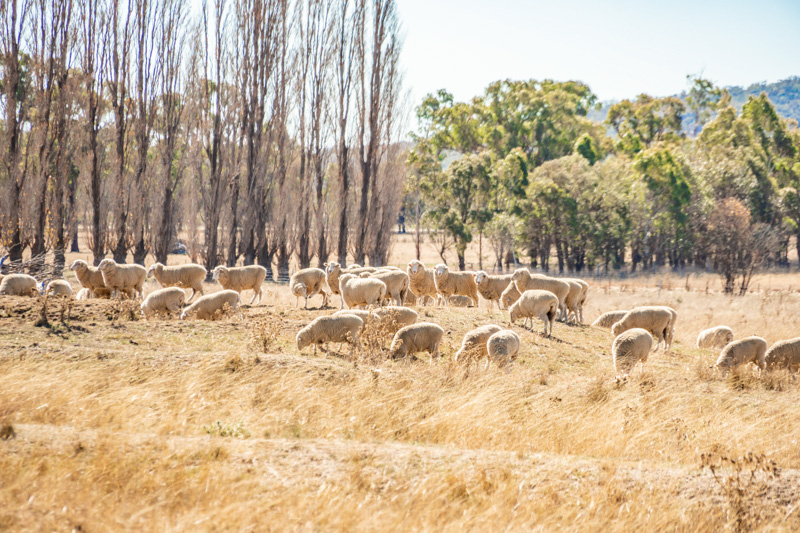 Extending the boundaries of legume adaptation through better soil management

This project targets the 600-850 mm rainfall region of south-eastern Australia where pasture legume productivity is unreliable. Studies have indicated that improved soil nutrition, particularly in regard to pH, will reduce the impact of periodic moisture stress through increased access to soil water associated with better root growth. Improved soil nutrition is also expected to increase rates of pasture recovery following drought. Project activities based out of Glen Innes include:

Tropical pastures are gaining interest from red meat producers in southern Australia with over 450,000 ha of tropical perennial grasses sown in northern NSW over the last 15 years. These pastures have traditionally been the predominant forage source for cattle in northern Australia, but a range of species have been found to be widely adapted and are productive and persistent in northern inland NSW; a frost prone region once considered marginal for this suite of species. The integration of tropical grasses into farming systems requires investigation to quantify their potential benefits to whole-farm profit.  Project activities based out of Glen Innes includes: 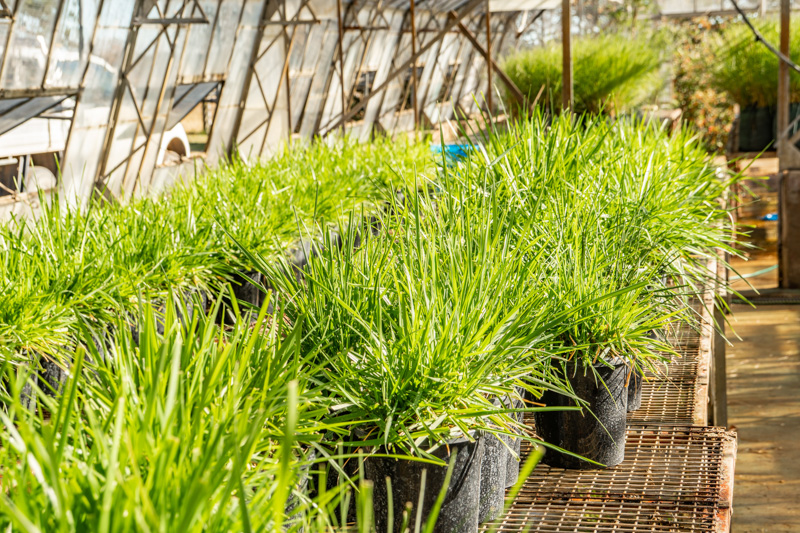 To manage and adapt pasture systems containing a high proportion of Chilean needle grass (CNG) on the Northern Tablelands of NSW, where CNG is a significant weed, many producers have attempted to adapt their management to improve the utilisation of the CNG in grazed situations. Anecdotal evidence of high grazing value of CNG in this region has been reported where high intensity, short duration grazing and strategic fertiliser applications have been used. This work will quantify the nutritive value of CNG in a summer rainfall environment for animal production at differing growth stages, under altered grazing and fertility regimes. This information will be used to build-on current knowledge and test a “best-bet” grazing management package in collaboration with local producer groups to efficiently utilise and manage CNG dominated pastures. It is anticipated that increased knowledge of seasonal nutritive value of CNG and resulting recommended grazing strategies to manage CNG will require moderate refinements to existing grazing practices so as to not limit animal production.

One of Australia's longest running crop rotation experiments (established in 1921) is located at GIARAS. This experiment has been tracking the long-term effects of farming systems on soil fertility for more than 90 years. The experiment has demonstrated that the inclusion of a legume ley in the crop sequence is essential for maintaining crop productivity, soil fertility, soil physical attributes and soil biological activity. Of particular interest has been the measurement of organic matter and soil carbon since the 1930’s on-site.  On average, the rotations that contain a clover phase had 45% more soil carbon after 80 years of treatment. 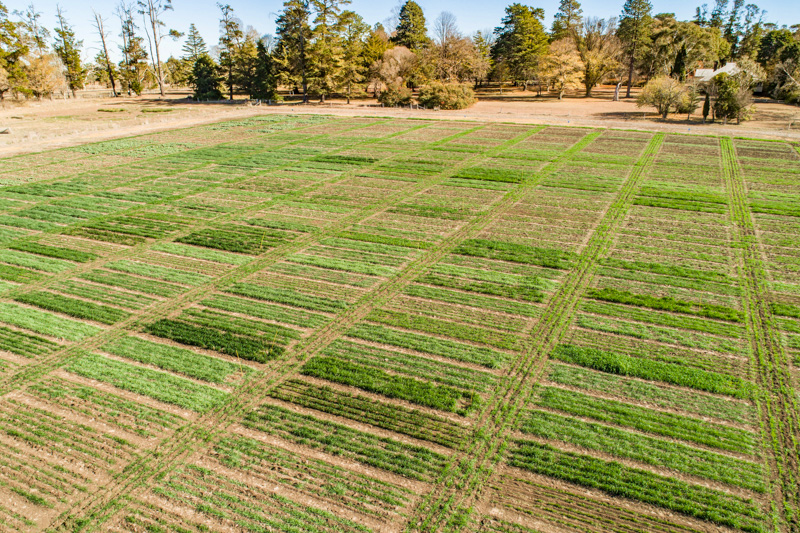 Glen Innes is hosting one of the few perennial cereal experiments in the world where experimental lines are in trial after being established during the drought in 2019. This is a proof of concept project looking to establish the feasibility of using perennial wheat as a novel source of forage for livestock and is examining novel aspects of ‘perennial’ farming systems.

This project is focused on demonstrating the potential for bioenergy to contribute to energy system transformation in NSW. Biomass is a renewable storable feedstock that can be utilised in many applications including electricity generation, where it can provide dispatchable power and create stability that allows the expansion of intermittent renewables (solar and wind) without the need for expensive storage solutions. Bioenergy could therefore play an important role in supporting transition to a low-carbon energy system, required to meet net zero emissions.