The Angus breed originated in Scotland from groups of closely related cattle breeds native to the shires of Aberdeen, Kincardine and Angus. The existence of these breeds goes back over 1000 years.

First Australian imports were into Tasmania in the early 1820s and to the Darling Downs in Queensland in 1840. 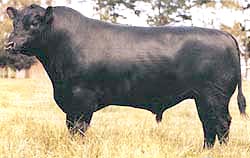 Angus are moderate-sized, muscular animals, renowned as a carcase breed. They are used widely in crossbreeding to improve carcase quality and milking ability. Angus is a preferred breed for the Japanese high-quality beef market because of their propensity to marble, their white fat and bright-red lean meat. A poll breed, they are also used as a genetic dehorner.

They are solid black in colour but a small amount of white is permitted on the underline, behind the navel scar. Angus mature earlier than other British breeds. However, larger, longer and later maturing animals have been selected in some herds. 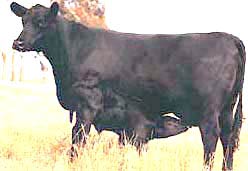 In recent years, Australian breeders have developed a wider genetic base utilising genotypes from other countries through artificial insemination (17% of registrations) and embryo transfer (4% of registrations). The breed is renowned for ease of calving. Performance recording is widely practised. The breed was the first to produce a Sire Summary using the Group Breedplan genetic evaluation system. Many herds can provide buyers with Breedplan EBVs (Estimated Breeding Values) from Angus Breedplan and Group Breedplan.

For further information, contact the Angus Society of Australia at:

The author thanks the Angus Society of Australia for its assistance in preparing this Agfact.